5 projects by Filipino students to get funding from Facebook, Mano Amiga 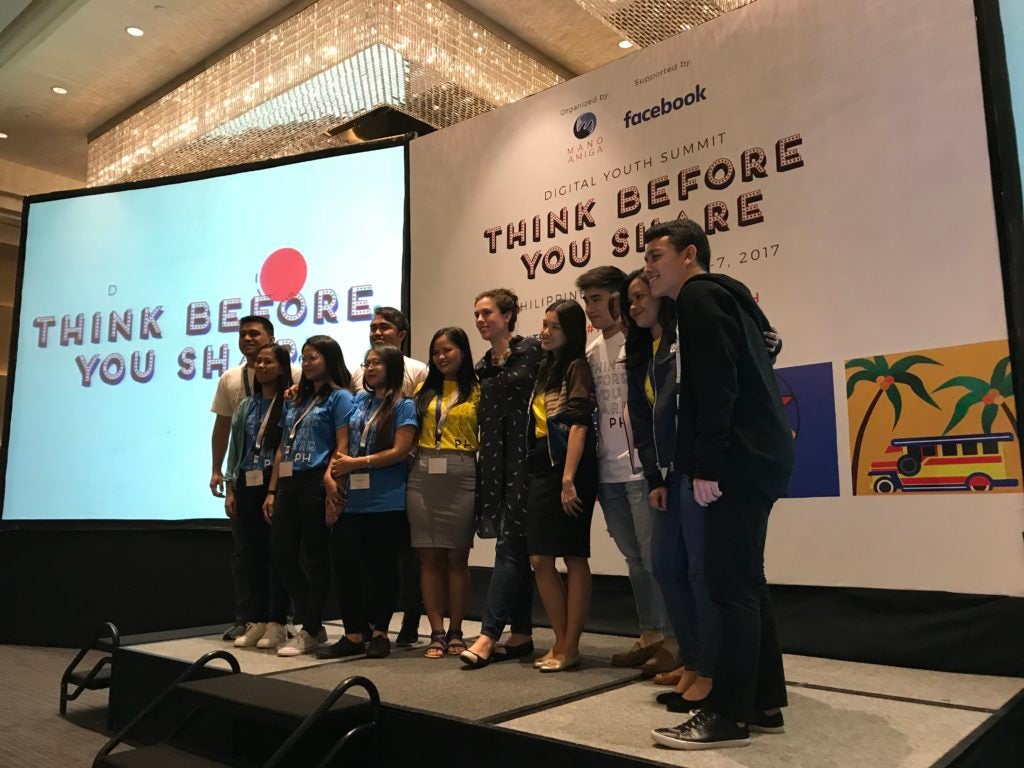 The winners of the top 5 projects at the “Think Before You Share” Digital Youth Summit pose with Clair Deevy, Facebook Head of Community Affairs for APAC and Mano Amiga Philippines co-founder Eleanor Pinugu.

Five homegrown projects from the minds of 14 promising young Filipinos are set to be funded by social media network Facebook in partnership with Mano Amiga Philippines.

The top five projects – Take It Topless, TechnoLeads, Prism, I Am Marshall and Inhinyeras – were chosen at the third and final day of the “Think Before You Share” Digital Youth Summit held at the Ascott Bonifacio Global City Manila in Taguig City on Oct. 7.

The three-day event’s goal is to encourage 75 student leaders to come up with ways to increase digital literacy, critical thinking and build empathy among the Philippines’ 66-million strong Facebook users.

Take It Topless, the brainchild of Micah Jude Sinco, is a social media campaign aimed at reducing Polystyrene waste.

According to Sinco, a person who drinks coffee every day out of a single-use plastic cup will generate around 23 pounds (10.4 kilograms) of harmful plastic waste each year. The waste drastically increases when the amount of coffee drinkers in the country is taken into account.

“The Take It Topless campaign is channeled through social media because it’s the most efficient way to reach our target audience,” Sinco writes. “We encourage people to take photos when they buy their coffees without lids, or when they opt to use a reusable cup, along with the hashtag #TakeItTopless. These posts are viewed by the exponential number of young people who use Facebook, Twitter, and Instagram on a daily basis.”

Sinco believes that the campaign will be something that many people will want to be part of, as well as giving environmental consciousness a “cool” and “trendy” vibe in the eyes of the digital-savvy millennials.

Another entry into the top five is the team behind TechnoLeads. Five students pursuing a Bachelor of Science degree in Information Technology Major in Programming and Web Development – Loi Alian Cabaluna, Almarie Bullo, Khayle Daayata, Zandra Clarissa Sabuero and Love Jean Villanueva – are poised to develop a platform aimed at helping netizens discern legitimate news articles from fake ones.

The project that Julius Jay Sambo and Rahn Dela Cruz is uniquely Filipino in execution. Dubbed “Prism,” their project is aimed at fostering a community built around Tita, an online persona whom they described as having her own personality that’s engaging and non-apprehensive, whose main goal is to educate and not to alienate.

The pair chose Tita as their desired online persona because of her perceived qualities of approachability and sincerity. The Tita persona would then go on to spur on social media campaigns of her own to promote online love and understanding by using crowdsourced hashtags such as #WhatWouldTitaDo or #ThinkLikeTita.

Aaron Nathan Ifurung’s project revolves around using the star power of “celebrity” animals on social media. Using his existing Facebook page named “I Am Marshall,” a page about a German Shepherd dog named Marshall which currently has 4,000 likes, Ifurung hopes to spread awareness of the hashtag #AdoptDontShop.

Ifurung also showcased in his presentation an app similar in appearance to a popular dating app, with the key difference being that you use to meet other dogs.

Hailing from the Technological Institute of the Philippines, the “Inhinyeras” are looking at taking on the issue of gender inequality in the field of engineering.

Angelica Marie Palanog, Abby Guil Omelis, Beverly Angel Banaguas, Gladys Alda and Roxette Malicdem shared onstage the plight of one of their acquaintances, who was allegedly denied an engineering position due to her gender despite her credentials.

The “Inhinyeras” are confident that their social media campaign will result in greater representation of women in technological fields that are currently dominated by males.

Alongside the five winners, Facebook and Mano Amiga Philippines also recognized the presentation given by student leaders from war-torn Marawi. 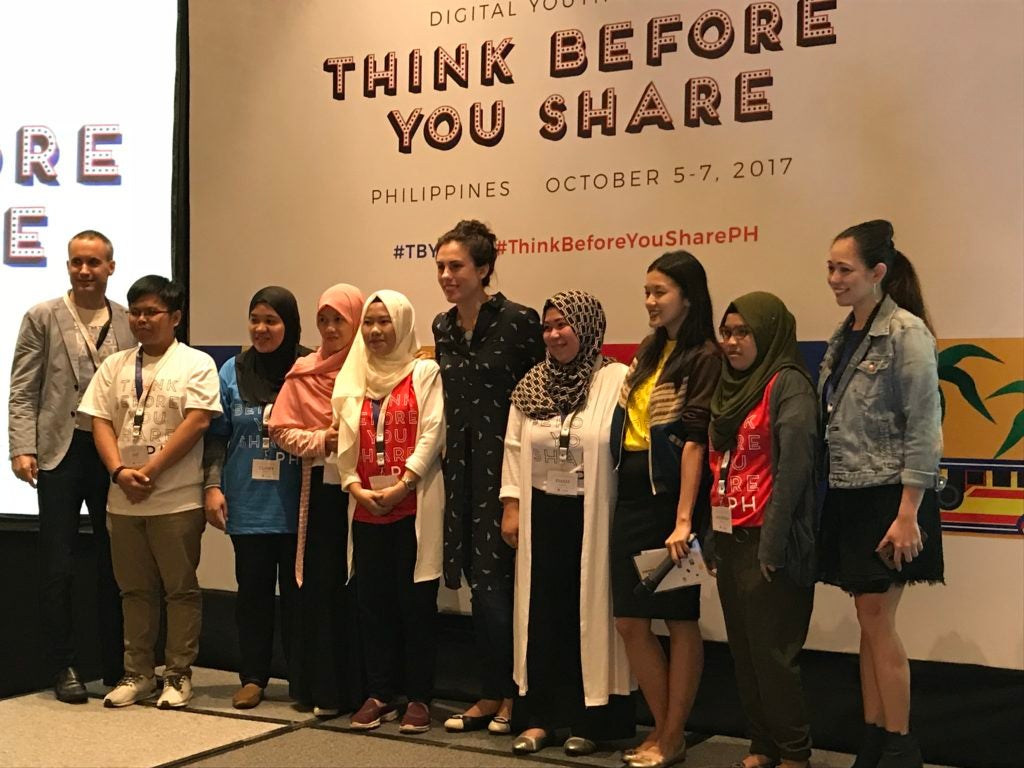 The goal of Kalilintad was to spread the hashtag #TerrorismIsNotOurs on social media and to promote the idea that not all Muslims are terrorists.

Kalilintad was given the special “High Potential” citation by the organizers. This meant that they were entitled to free mentoring from Facebook and professional coaching and training organization, Kick Fire Kitchen.

Eleanor Pinugu, co-founder of Mano Amiga Philippines, said she was hoping that the participants would use the event’s Facebook page to coordinate with other teams and help each other out by “being each other’s advocates” in order to offset the limited amount of funding prizes to be given away.

“The idea is that through that Facebook page, you will keep sharing each other’s stories, each others projects because we, your mentors are also committed to helping you see (these ideas) further and to connect you to people within their network,” Pinugu said.

Clair Deevy, head of community affairs for APAC at Facebook, expressed optimism that the winning projects would start making an impact on changing the digital landscape in the country by next year.

“My hope is that the next time I come to the Philippines, all this content and this goodness that you are creating, the websites, the apps, the causes will be up and running,” she said. “Some of you guys will be back to be (the) mentors for the next lot of people to come through.”