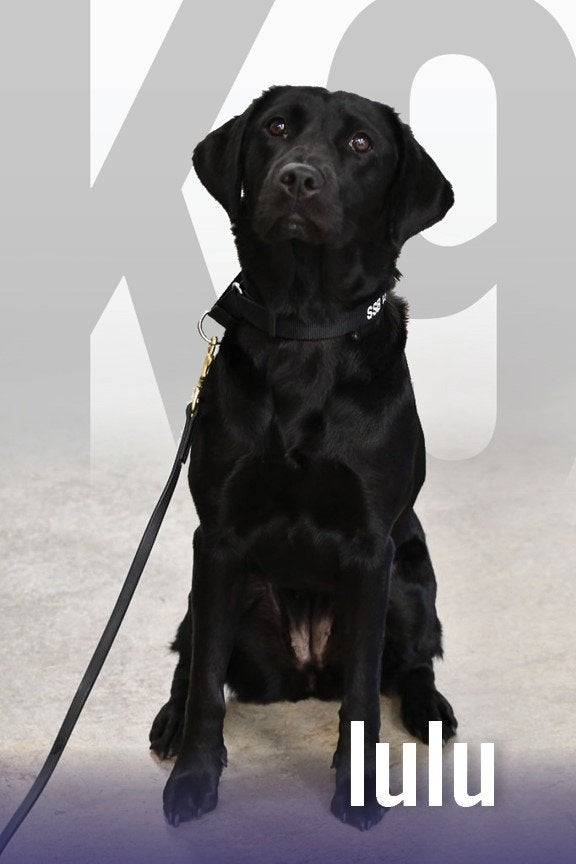 A United States Central Intelligence Agency dog in training for their K9 unit refused to sniff for bombs. She ended up being adopted by her handler. 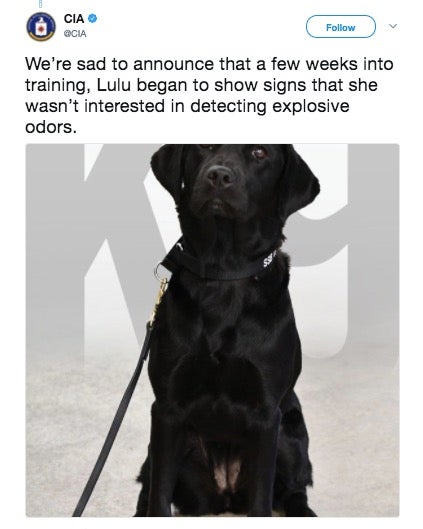 The CIA’s Twitter account detailed how Lulu, the K9 in training, just couldn’t get motivated to be on the front lines of preventing hidden explosives from hurting people.

A series of tweets detailed how dogs in training would sometimes get off days. Trainers and handlers had to engage in a little dog psychology to figure out the problem.

Yet despite their best efforts, Lulu remained uninterested in her training. Trainers decided to pull the plug. 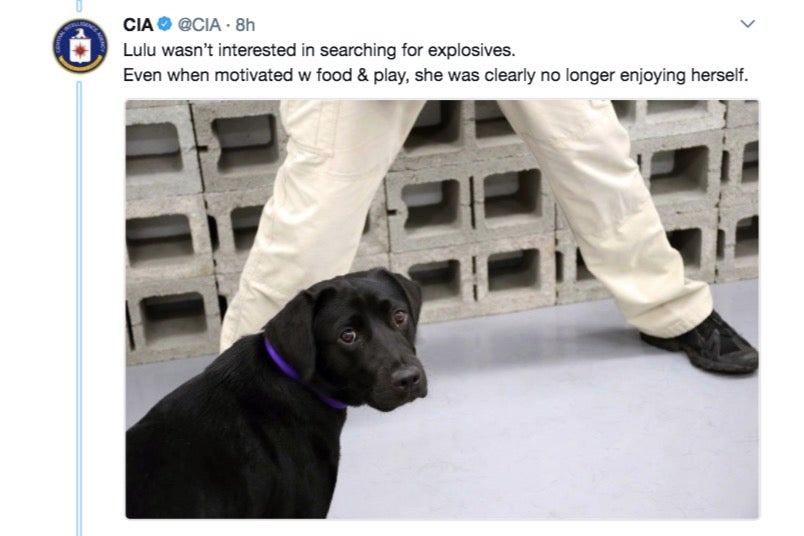 The tweets explained that K9 dropouts and retirees were offered to handlers for adoption. More often than not, the handlers took the dogs in and gave them new homes.

Despite being a K9 dropout, some netizens believe she may be a dog super spy for the CIA.

Others think Lulu may have had some issues about some work details which she didn’t agree to.

This netizen believes the dog was just smart enough to recognize the hazards of the profession. 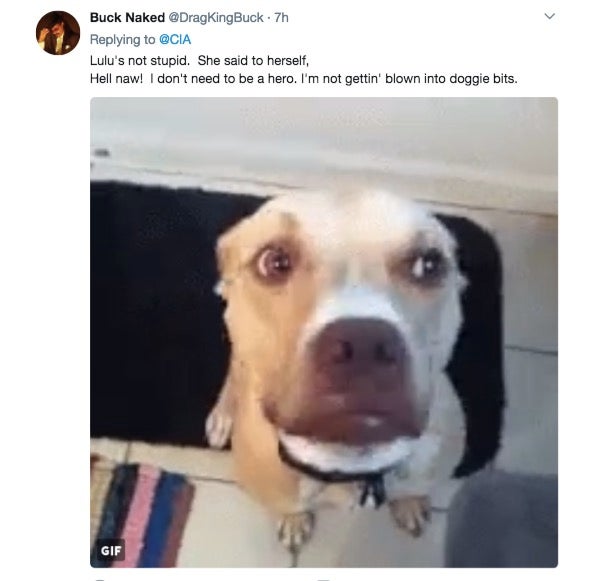 Whatever Lulu’s reasons are, she now sits at home with her former handler and new owner, together with another dog. 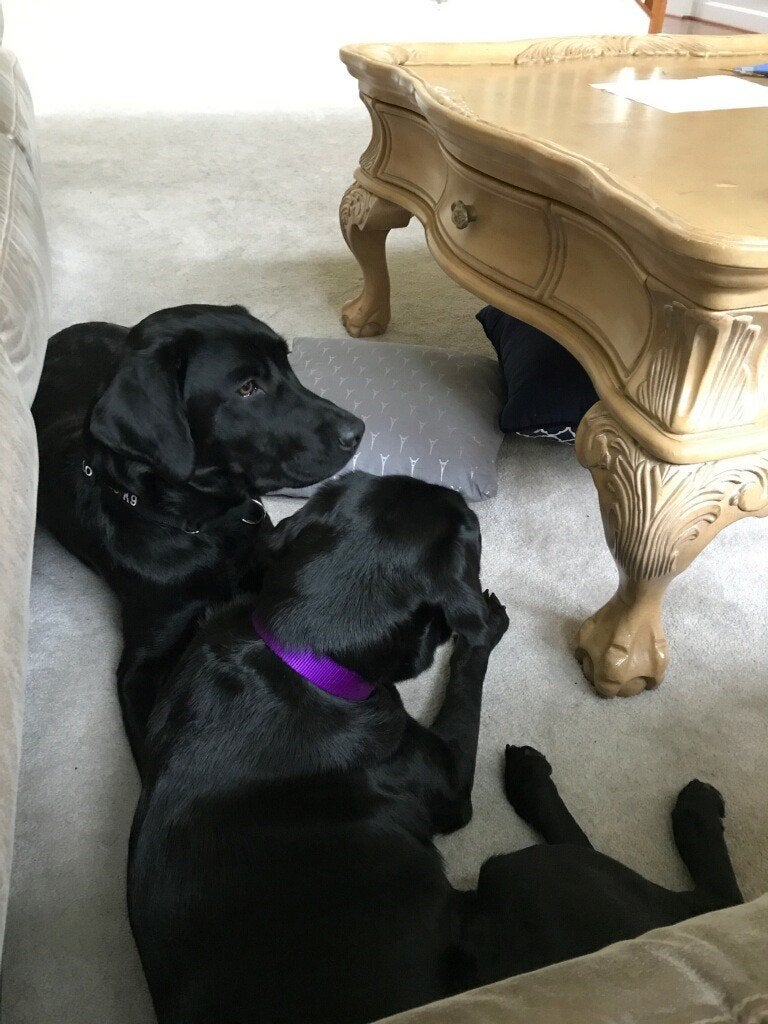 The two spend their days playing with kids and sniffing out little critters in the backyard. JB