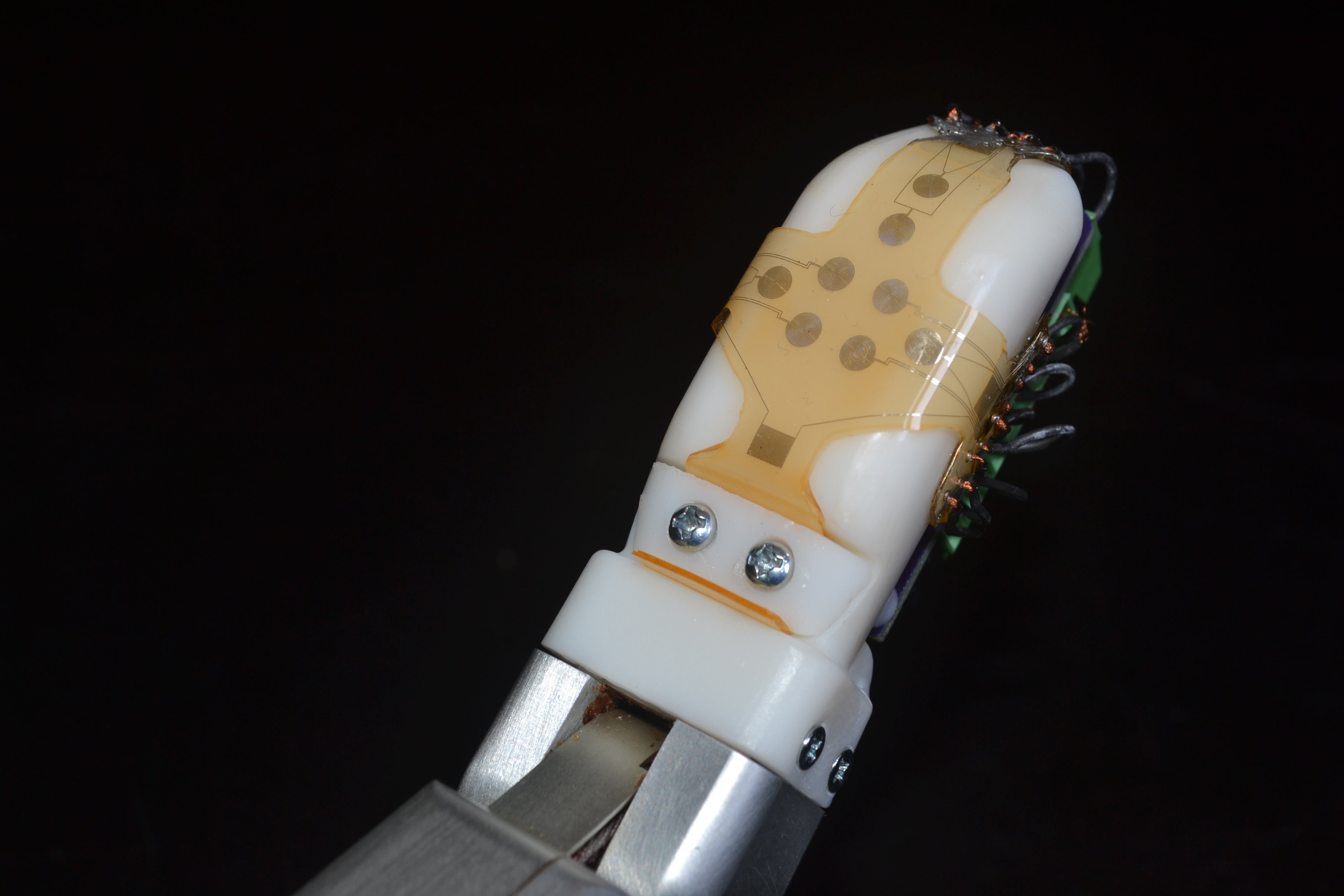 Robots may get a new level of utility with the application of a skin-like material which could let them “feel” surfaces.

Researchers from the University of Washington and University of California developed a flexible skin-like material to give robotic appendages added sensitivity to vibration and shear forces. This would essentially allow the same level of sensitivity as a human hand when it comes to gripping and manipulating objects.

According to a University of Washington statement, researchers made the skin from the same silicon rubber used for swimming goggles. They then embedded the rubber with tiny channels filled with electrically conductive liquid metal. Robots can then receive multiple tactile feedback from the material based on the amount of electricity flowing through it when being stretched and compressed.

“Our electronic skin bulges to one side just like the human finger does and the sensors that measure the shear forces are physically located where the nailbed would be, which results in a sensor that performs with similar performance to human fingers,” said lead study author Jianzhu Yin.

Prosthetic hands with this artificial “skin” could also return a sense of touch to amputees.

Robots equipped with this “skin” could become sensitive and dexterous enough to disarm a complicated explosive device. To date, human experts are still needed to risk their lives when it comes to disarming explosives for most cases.

“By mimicking human physiology in a flexible electronic skin, we have achieved a level of sensitivity and precision that’s consistent with human hands, which is an important breakthrough,” Posner said. “The sense of touch is critical for both prosthetic and robotic applications, and that’s what we’re ultimately creating.”

Their most recent experiments have even exceeded the sensitivity of human fingers when it comes to detecting vibrations. JB

WATCH: Giant robot duel won by US over Japan