The secret to curing dyslexia lies in the eyes, scientists say 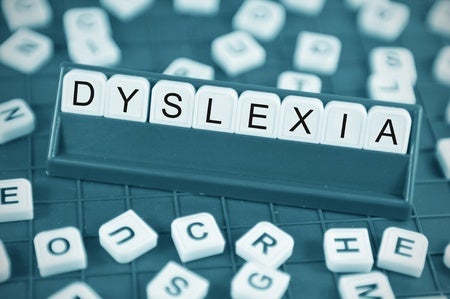 Dyslexia, or the condition that hampers persons’ reading abilities, is often characterized as a neurological issue.

French scientists, however, have listed the disorder as physiological—found in tiny cells in the human eye.

New research suggests that dyslexics carry unusually dominant round spots in both eyes, which cause blurring and confusion.

The compromised vision impairs the body’s ability to read, spell or write, The Guardian reports.

Since most humans possess only one dominant eye, dyslexic people have trouble distinguishing left from right and often see letters move around in the wrong order.

After studying the eyes of 30 non-dyslexics and 30 dyslexics, researchers from the University of Rennes uncovered differences in the shape of spots deep in the eye between the grouped subjects.

Non-dyslexics had a blue cone-free spot in one eye—making it the dominant one, while their counterparts had the same-shaped spot, indicating that either one was dominant.

“For dyslexic students, their two eyes are equivalent and their brain has to successively rely on the two slightly different versions of a given visual scene,” an excerpt from the study, which was published in the journal Proceedings of the Royal Society B, said.

Meanwhile, dyslexia is often an inherited condition that affects 10 percent of the population.  Khristian Ibarrola /ra