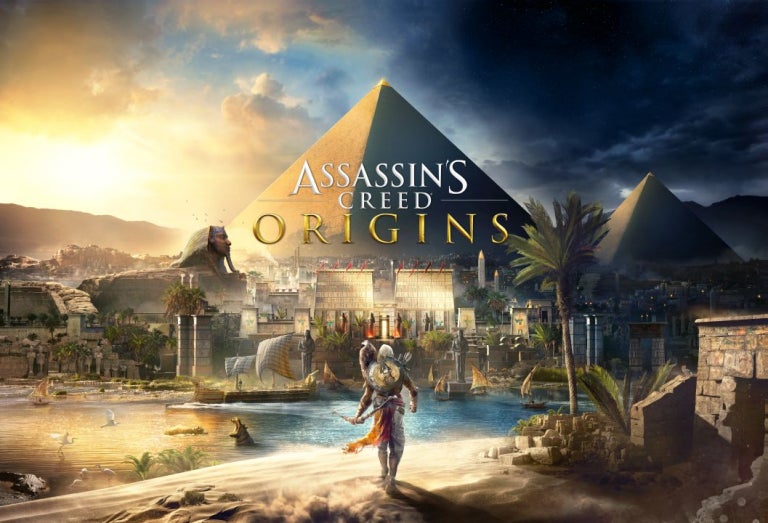 Among upcoming video games, Egyptian adventures await in “Assassin’s Creed: Origins”; Mario gets his first full outing on Nintendo Switch in the hat-tastic “Super Mario Odyssey”; another round of choreographed friendly competition arrives by way of “Just Dance 2018”; robust action is anticipated in “Wolfenstein II: The New Colossus”; and the PC edition of “Destiny 2” launches at last — all in the week of Oct. 24, 2017.

Destiny 2
For PC (already on PS4, XBO)
From Oct. 24
A franchise debut on PC after console exclusivity for the original “Destiny”, this second outing offers a refined and expanded action-oriented, shared-world shooter and the promise of several years’ worth of free and paid updates.

Hidden Agenda
For PlayStation 4
From Oct. 24
The second in PlayStation’s range of PlayLink games, which let up to five other players join in using iOS or Android smartphones. This one’s a crime thriller in which detective Becky Marnie and attorney Felicity Graves track down a serial killer. Players make joint decisions to decide how the story proceeds.

Just Dance 2018
For Nintendo Wii, Wii U, Switch, PlayStation 3, PS4, Xbox 360, XBO, Windows PC
From Oct. 24
Forty songs, from Queen classic “Another One Bites The Dust” to Ed Sheeran’s “Shape of You” and Bebe Rexha’s “The Way I Are”, and two new modes added to the “Just Dance” dance-along choreography formula: a special mode for kids (on PS4, Switch and XBO) and a double-joycon rumble mode (on Switch).

Assassin’s Creed: Origins
For PS4, XBO, WinPC
From Oct. 27
Set off into ancient Egypt as local guard Bayek in this prequel story for the “Assassin’s Creed” franchise, during the time of Cleopatra and Julius Caesar. Combat has changed to emphasize skill and accuracy, while a freeform Discovery Tour mode is expected early 2018.

Super Mario Odyssey
For Nintendo Switch
From Oct. 27
Capping off the Switch’s launch year is this highly anticipated Mario adventure, in which a piece of magical headwear enables the Nintendo mascot to inhabit and control other objects and enemies in order to make his way through new worlds towards Bowser and the captive Peach.

Wolfenstein II: The New Colossus
For PS4, XBO, WinPC
From Oct. 27 (Switch edition in 2018)
America under dictatorial rule in a world where World War II’s outcome was flipped: as franchise hero B.J. Blazkowicz, plough through occupying forces at the spearhead of an underdog resistance movement. Previous entries to the franchise reboot established it as a robust and visually sumptuous action series, if not steadfastly singleplayer in approach. JB