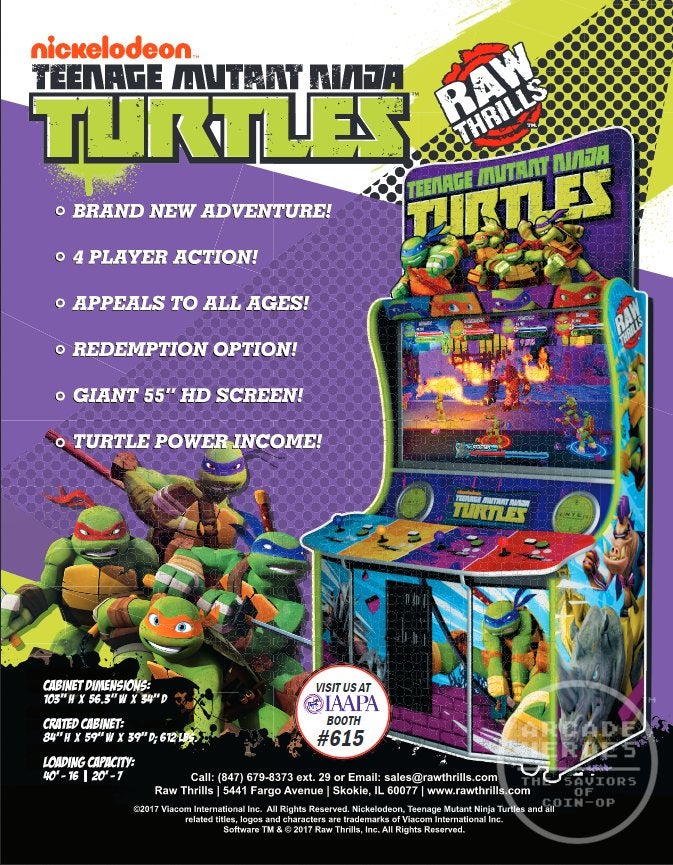 The heroes in a half shell are making their way back to the arcades in a brand new four-player game machine.

This new “Teenage Mutant Ninja Turtles” arcade game cabinet will debut at the International Association of Amusement Parks and Attractions Expo 2017. It will be held between Nov. 13 to 17.

According to Arcade Heroes, the new game cabinet will be made by arcade machine manufacturer Raw Thrills, Inc.

The company described the new game machine as a re-imagining of the brawler concept for games, with “more moves, more environmental interaction, cool Turtle Power special attacks, voiceover from the entire cast (including Seth Green and others)… it’s really amazing.”

The new arcade machine will come equipped with a 55-inch HD screen and four separate controllers for group play.

First appearing in comics back in 1984, the “Teenage Mutant Ninja Turtles” franchise has seen a revival in the past years. Several TV series and six movies have helped to bring turtle power to a global audience. Alfred Bayle/JB