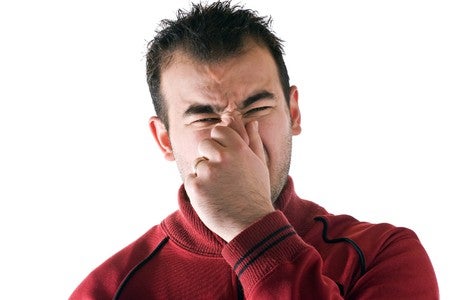 Couples in long-term relationships can attest to the fact that hearing and smelling their significant other’s flatulence doesn’t bother them as much anymore.

But as it turns out, that gassy stench can be beneficial to one’s overall health.

Researchers from the University of Exeter in England have discovered that certain gases from stinky farts can combat diseases.

“Although hydrogen sulfide is well known as a pungent, foul-smelling gas in rotten eggs and flatulence, it is naturally produced in the body and could in fact be a healthcare hero with significant implications for future therapies for a variety of diseases,” lead researcher Dr. Mark Wood was quoted as saying in the journal Medicinal Chemistry Communications, as relayed by Yahoo News.

He added that a microbial byproduct within farts can lower the chances of heart attacks, strokes, dementia and cancer.

By studying elements within fats, Whiteman and his team created a compound known as AP39, which could prevent arthritis and dementia in old age.

“We have exploited this natural process by making a compound, called AP39, which slowly delivers very small amounts of this gas specifically to the mitochondria,” he said.

“Our results indicate that if stressed cells are treated with AP39, mitochondria are protected and cells stay alive.”  Khristian Ibarrola /ra