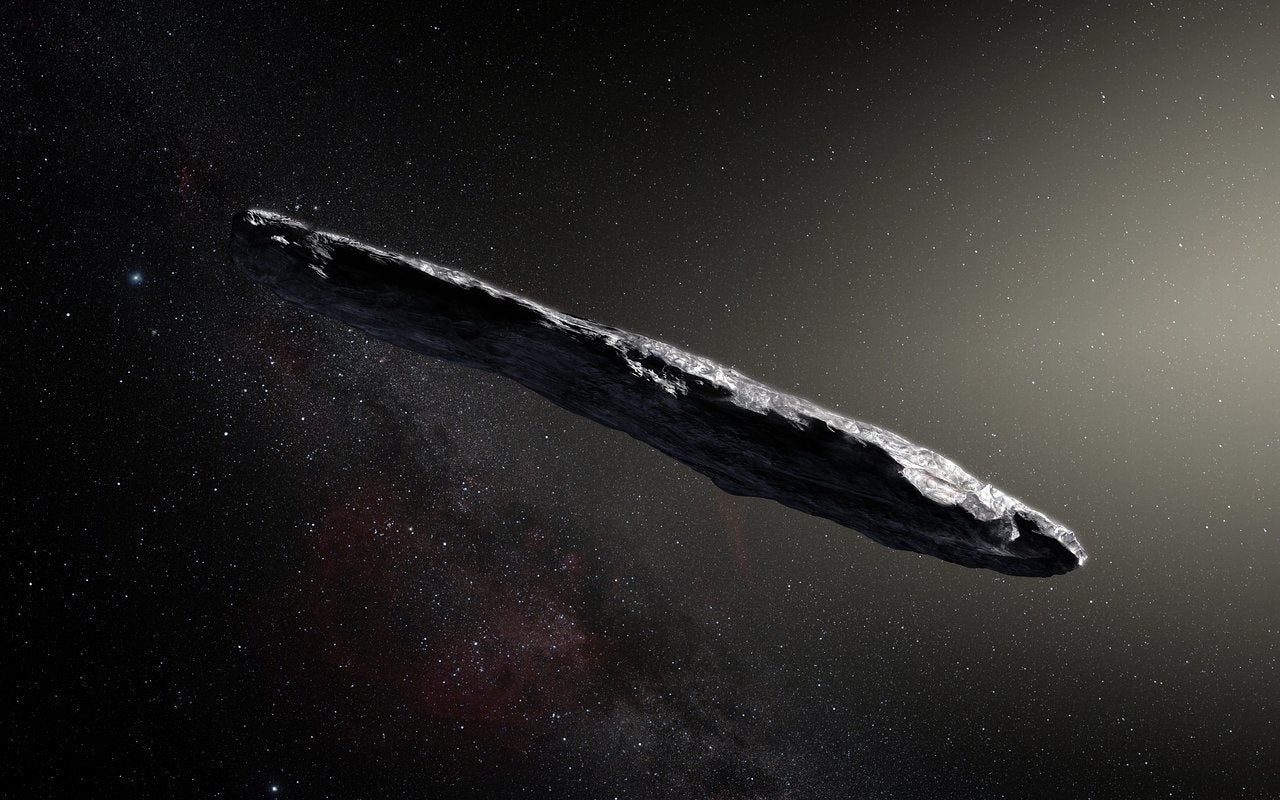 This artist’s impression shows the first interstellar asteroid: Oumuamua. This unique object was discovered on Oct. 19, 2017 by the Pan-STARRS 1 telescope in Hawaii. Subsequent observations from ESO’s Very Large Telescope in Chile and other observatories around the world show that it was traveling through space for millions of years before its chance encounter with our star system. Oumuamua seems to be a dark red highly-elongated metallic or rocky object, about 400 meters long, and is unlike anything normally found in the solar system. Image: European Southern Observatory official website

Scientists have taken a closer look at the wandering interstellar asteroid which recently visited our solar system. They’ve nicknamed it “Oumuamua”, Hawaiian for “a messenger from afar arriving first.”

According to follow-up observations published online on Nature via The Verge, Oumuamua had a dark and reddish tint along its long, skinny rocky body.

The scientists’ calculations predict that Oumuamua came from the direction of the constellation Lyra and may have traveled millions of years before reaching our solar system.

They are planning to use the Hubble Space Telescope to get more images of Oumuamua within the week, as it speeds farther away from us and back into interstellar space.

Experts first spotted Oumuamua around Oct. 19 by astronomers at the Pan STARRS Hawaiian telescope as it started to leave the solar system. Scientists officially labelled the asteroid A/2017 U1. Oumuamua followed a trajectory which had it slingshot around our sun due to the star’s gravity, before being flung back into interstellar space at an angle. It passed by Earth on the way out and that’s how Pan STARRS detected Oumuamua. 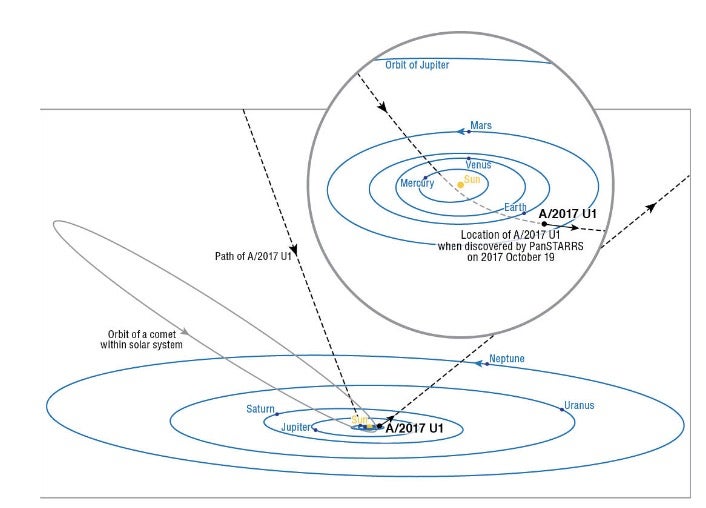 Now, Oumuamua is 124 million miles from Earth, zooming away at 85,700 miles per hour. It passed by Mars’ orbit on Nov. 1, and will reach Jupiter’s orbit sometime in 2018. Soon, it’ll be too hard to track, even with Hubble. “It’s really getting much too faint to do anything at all,” says Karen Meech, lead author of the study at the University of Hawaii’s Institute of Astronomy