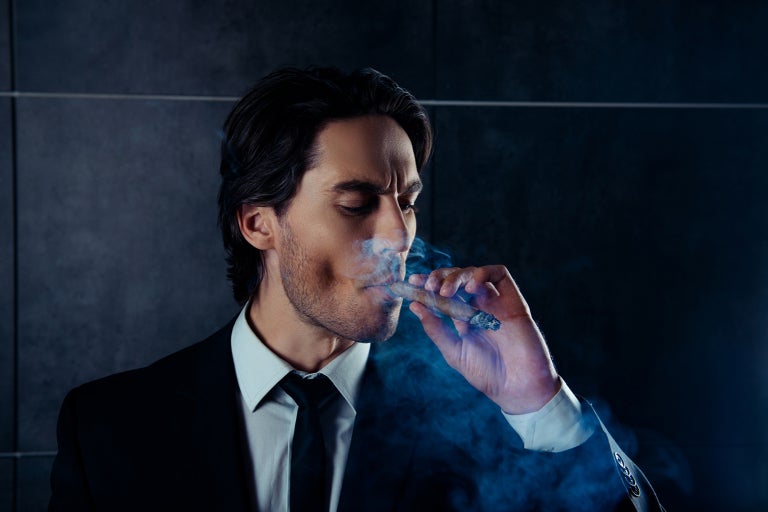 New research in the United States has found that despite their reputation for being safer than cigarettes, cigars could be as harmful and addictive, and contain just as much if not more nicotine.

Carried out by researchers from Penn State College of Medicine, the team compared the nicotine delivery in eight common brands of “small” or “filtered” cigars against two types of cigarettes commonly used in research.

Levels of nicotine were measured by collecting the smoke from each cigar with a smoking machine in the laboratory, which “smokes” the product using two different methods to account for the different ways people smoke.

“To me, the amount of nicotine in some of these brands was surprising,” commented research associate Reema Goel. “One brand in particular, a clove-flavored option, had the highest nicotine delivery and is also a very popular brand. It’s interesting that it’s clove-flavored, because such high levels of nicotine causes nausea, and perhaps that clove flavor is there to ease that nausea.”

“There seems to be a perception in the public that cigars are not as harmful as cigarettes,” Goel added. “But our study shows that nicotine is pretty high in this class of cigars, and future regulation that affects cigarettes should also affect these cigars.”

John Richie, professor of public health sciences and pharmacology in the Penn State College of Medicine, added that studying the different levels of nicotine in products is crucial because it’s the chemical that drives addiction.

“Nicotine is the reason why people smoke cigars, just as it is the reason they smoke cigarettes,” Richie said. “These products are basically cigarettes. They’re as harmful to you as cigarettes, if not more so,” he added. “It’s very important for the consumer to understand that these are not products that are less harmful, and for regulations to include these small cigars in with cigarettes.”

The findings can be found published online in the journal Nicotine and Tobacco Research. JB