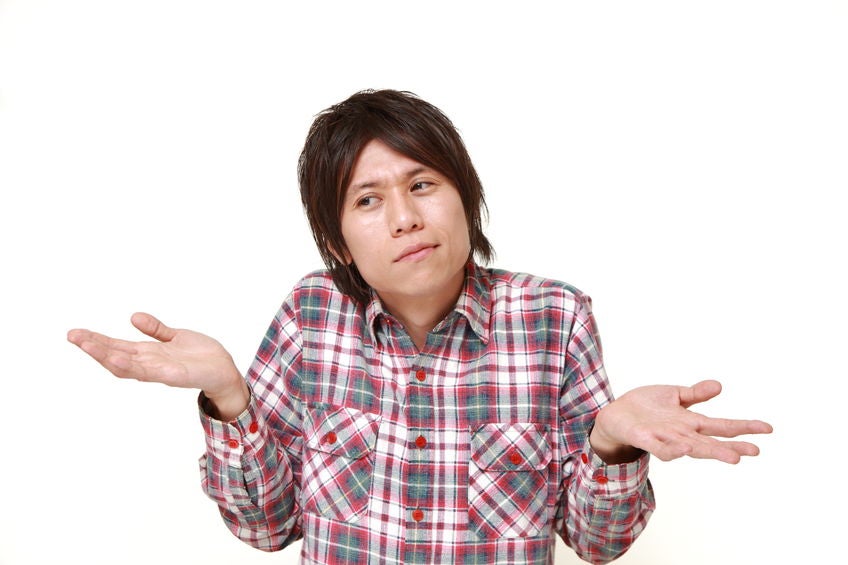 Due to several factors such as sentence structure and certain word ambiguities, English speakers trying to learn the Japanese language or Nihongo face an uphill battle. Some Japanese netizens seem to agree.

Twitter user @chomado had an American friend visit Japan. This friend complained that he found it difficult to distinguish between the Japanese “yes” and “no,” reports SoraNews24.

A tweet by @chomado showed a screenshot of the Japanese version of an unspecified Pokémon game, the apparent source of the friend’s confusion. During a conversation with another character, the player had been asked to choose a response. The choices were “うん” and “ううん” (pronounced “oon” and “ooon”). This happens to be a simple choice between “yes” and “no.” 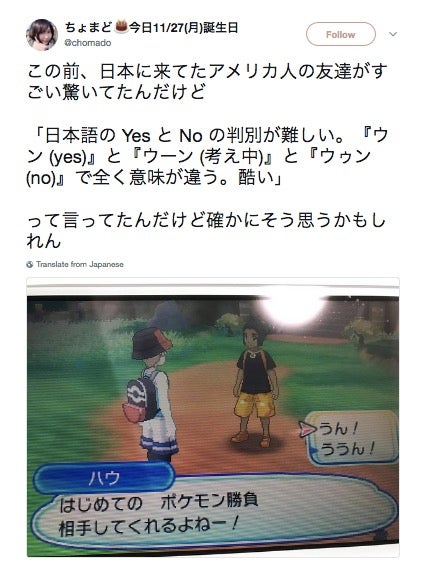 Written as they are, the two words could be confusing for early Nihongo learners, but if spoken, the different intonation offers contextual clues as to which is which. In this case, “うん” means “yes” while “ううん” means “no.”

The “うん” could also be accompanied with a nod in a face-to-face conversation which would make it easier to interpret it as a “yes.”

Netizens chimed in their agreement as they themselves found the choices confusing.

One commenter said, “It’s written as “ううん” but pronounced as “うんう” (oonoo). That’s quite confusing.”

Another added, “This is why the Japanese language is considered difficult.” JB

WATCH: Bear trio wandering around closed stores run away like felons when cop shows up