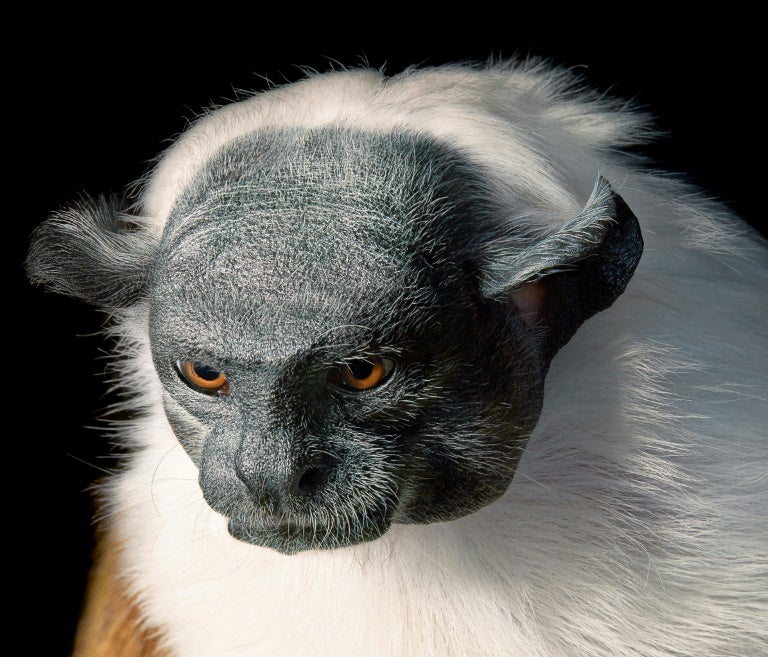 Can you love an animal to death?

A new book by British photographer Tim Flach documents some of Earth’s most treasured species pushed to the brink of extinction by manmade crises, from pangolins hunted for their scales to Brazil’s pied tamarin threatened by urbanisation.

“Most of the changes in the past have been driven by natural forces, but on this occasion, it seems to be driven by us,” Flach told AFP on a visit to Washington.

“My real question is: ‘Why am I here doing it? Why am I here taking a picture of the last male white rhino?’ It’s the question of how we got to that point, rather than simply one of wonderment.”

Coral, insects and even some ecosystems are included alongside some of the most recognizable threatened mammals such as polar bears and lesser-known creatures like harlequin toads.

The panda is one of the least vulnerable species found in the more than 150 images of “Endangered,” whose release coincides with a new exhibition of Flach’s photos in London’s Osborne Samuel Gallery. 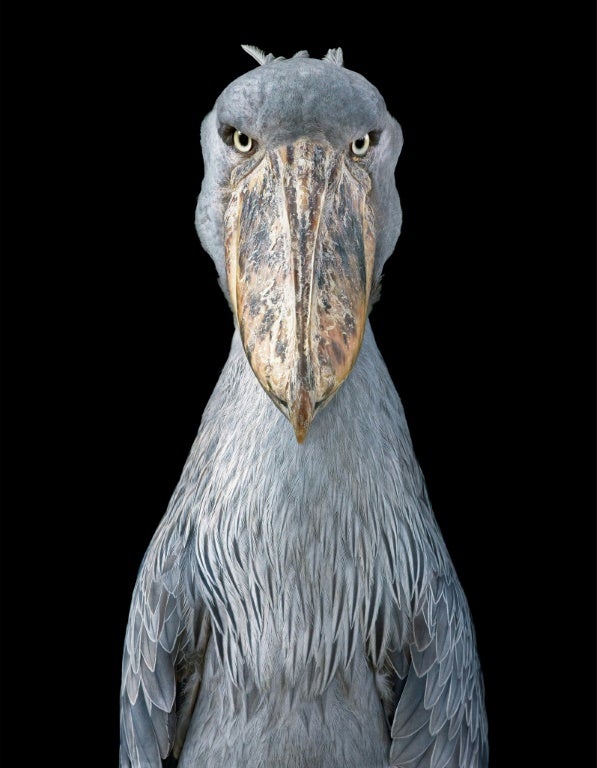 A Shoebill looks straight into Tim Flach’s camera in this picture part of the book “Endangered”. Image: Tim Flach – Abrams/AFP

On the book’s cover, a crowned sifaka lemur hugs his knees toward his chest, his bright yellow eyes betraying a worried yet inquisitive look, like a reprimanded schoolboy.

Flach, 59, often uses a black velvet backdrop and his lighting captures colors in such detail that one can almost feel the softness of the lemur’s black, orange and white fur.

In the summer, Flach trekked to Russia’s Caspian Sea, hiding in a “fly-infested hole” in search of the saiga antelope, an Ice Age survivor that once roamed alongside woolly mammoths but could soon be wiped out by poachers preying on its twisted horns.

Flach could only get a good sighting of the females, so he returned in the dead of winter with the longest lens he could borrow from Canon and got just one shot.

Other encounters during a two-year odyssey included staring the last male white rhinoceros in the eye and swimming with great white sharks off the Galapagos Islands.

He hopes that others share his passion for wildlife.

“If we care about something, we are more likely to take action,” said Flach. AB

Dolly the cloned sheep was not old before her time—study