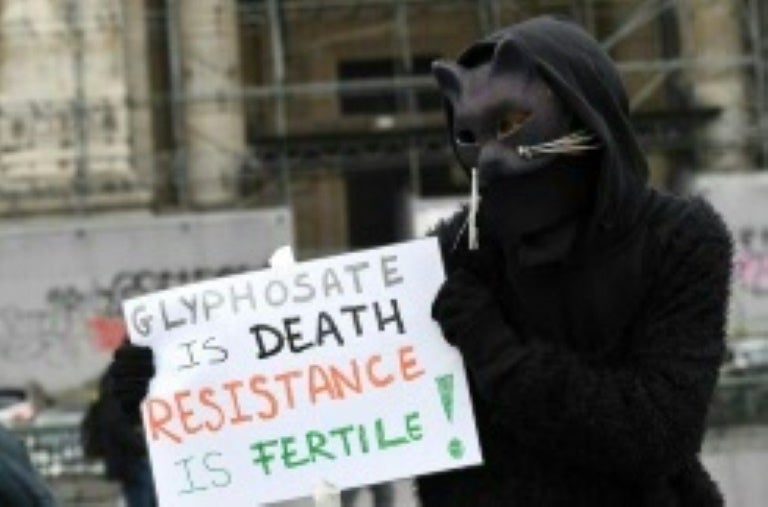 The European Union will on Monday attempt to determine the future of glyphosate, a controversial weedkiller hugely relied on by farmers but which critics say causes cancer and whose use has been thrown into doubt.

Since its introduction in the United States in 1974 by pesticides and seed maker Monsanto as Roundup, the use of glyphosate has soared across the globe.

It is sprayed on food crops but also used widely outside of agriculture, such as on public lawns and in forestry.

The EU’s 28 countries, in an appeal committee, will vote on whether to renew the herbicide’s license for five years. But a member state could also table an amendment to reduce the renewal period.

Without support from EU heavyweights, a way out of the stalemate could prove difficult.

Divisions over the weedkiller within the EU have dragged on since June 2016, when its previous 15-year license expired and an 18-month extension was granted.

The European Commission had originally recommended approving the herbicide’s use for another decade.

However, faced with an uproar over the alleged dangers of glyphosate use, experts balked last month at a renewal and the commission then proposed reducing the timeframe from 10 years to five years.

But earlier this month the European Commission failed to gain the majority needed to extend the license until 2022.

It said 14 states voted in favor, including Denmark, Britain and the Netherlands but nine were against, including Belgium, France and Italy, and five abstained, including Bulgaria, Poland and Portugal.

The commission then passed the decision to the appeal committee.

Environmental campaigners Greenpeace and other critics are calling for an outright ban of glyphosate in Europe.

“They (the commission) complain there is too much responsibility on their shoulders and that European governments are hiding behind them,” Franziska Achterberg, from Greenpeace Europe, told AFP.

“They can’t have their cake and eat it. They don’t want to be blamed for decisions that are unpopular. But at the same time they’re not ready to listen to people’s concerns.”

If no agreement is reached, the decision will be passed back to the commission which will have to make a ruling before the current license expires on December 15.

The European Parliament, the EU’s only elected body, last month said glyphosate should be renewed only until 2022 and banned thereafter.

Activists point to a 2015 study by the World Health Organization’s International Agency for Research on Cancer that concluded it was “probably carcinogenic”.

But the European Food Safety Authority and the European Chemicals Agency both say glyphosate is unlikely to cause cancer in humans, in line with a 2016 review carried out by WHO experts and the UN Food and Agriculture Organization.