Japanese anime fan tweets that his girlfriend stole P40,000 worth of anime goods 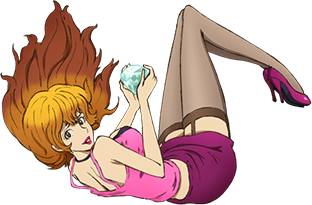 A 23-year-old Japanese woman had recently been taken into custody after her boyfriend reported her to the police for stealing his anime collectibles.

The woman had been living with her 49-year-old boyfriend, Twitter user @wkkazuya. She had moved in with him after quitting her job and needed to vacate the company dormitory she had been living in.

It so happens that @wkkazuya owned a large collection of physical media for anime, such as limited edition Blu-ray and DVD boxes for certain series. He proudly displayed his collection on an easily accessible book case, reported SoraNews24.

Eventually, @wkkazuya started to notice gaps in his collection. Thinking there was no one else who had access, he contacted the police on Nov. 24.

His girlfriend initially denied the theft and blamed an acquaintance for the disappearances, said the report. She later admitted to steeling the items which amounted to about P40,00 or 90,000 yen.

The items were sold to a local branch of Geo, a store which buys used anime goods. She said she stole them because she didn’t have any money.

Later, @wkkazuya shared photos of his dented collection and of his experience through tweets. 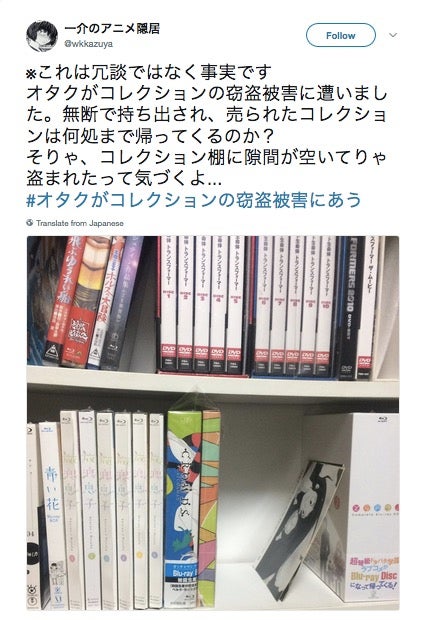 “An Otaku who suffered from theft of his collection. Where are the collectibles that were brought out without permission and sold?
Well, you will notice that empty gaps on the collection shelf …” Image: Twitter/@wkkazuya

The items his girlfriend sold had been recovered by the police and have since been held as evidence. Unfortunately for @wkkazuya, the once pristine collectible limited edition boxes had been opened.

It has not been clarified whether it was the girlfriend, the store personnel or the police who opened the items. With that, the value of the items in the collectors’ market may have already suffered. JB