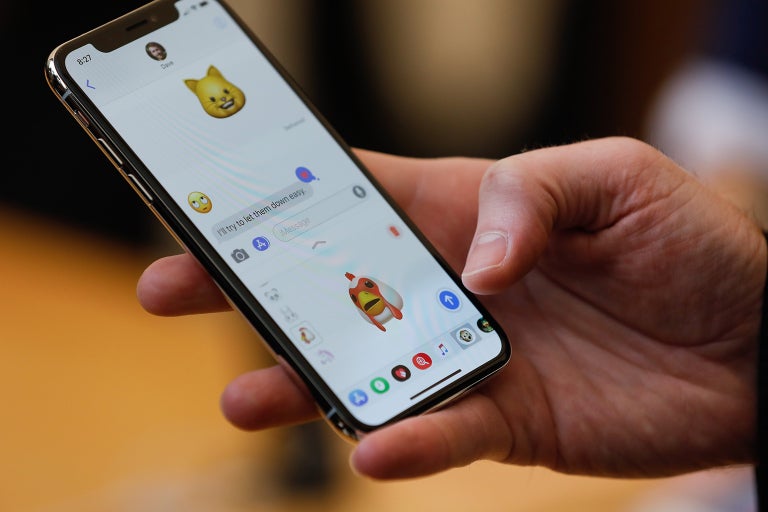 IDC said the larger-screen Apple handsets are to account for 41 percent of sales volume in 2017 and 50 percent or more in 2018.Image: Elijah Nouvelage / AFP

The global smartphone market is expected to see steady if unspectacular growth in the next few years, as consumers turn increasingly to large-screen handsets known as “phablets,” a market tracker said Wednesday.

A report by the research firm IDC said phablets — with displays larger than 5.5 inches (14 centimeters) — will account for some 40 percent of the 1.5 billion smartphones sold in 2017, and that the phablet share will rise to more than half by 2019.

The overall smartphone market is on a modest growth pace of around three percent that will boost global sales to 1.7 billion by 2021, according to IDC researchers.

But growth is coming from the large-screen devices as sales dip for conventional handsets with displays of 5.5 inches or less, IDC said.

“In 2012, phablets were just one percent of smartphone shipments and now they are approaching 50 percent of the market just a few years later,” said Ryan Reith, an IDC analyst.

IDC said iPhone buyers are following this trend, with the larger-screen Apple handsets to account for 41 percent of sales volume in 2017 and 50 percent or more in 2018.

IDC said the large-screen and “premium” devices entering the market are likely to boost the average price of smartphones.

“There is no doubt that 2017 gave birth to the new ultra high-end segment of the smartphone market,” said Anthony Scarsella, an IDC research manager.

“The latest flagship devices from Samsung, Apple, Google, LG, and others has pushed the high end to the $850-plus level for the first time. Despite these price hikes, consumers look as if they are willing to swallow the cost just to have the latest and greatest device in their pockets.”

IDC estimated the market share for Android-powered devices to be 85.1 percent this year, and mirror the overall market over the next few years to hit 85.3 percent by 2021.

AP Explains: Why smartphones are giving the police headaches