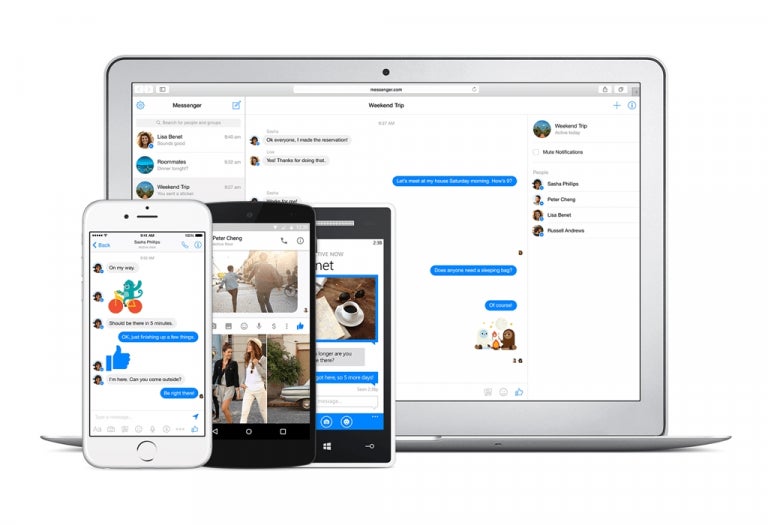 Monthly active users of Facebook Messenger grew to over 1.3 billion in 2017. Plus, each day in 2017, over seven billion conversations took place on the platform, with holidays (New Years, Mother’s Day, Valentine’s Day) proving particularly popular times to connect.

One amusing and slight mind-boggling statistic from the annual roundup is that more than 500 billion emojis were shared via Messenger in 2017. American users proved most keen (35 billion).

On the whole, emojis were more popular than GIFs, although some 18 billion GIFS were also shared worldwide on Messenger in 2017.

Facebook reports more than 17 billion realtime video chats via Messenger in 2017, two times as many sessions as in 2016. Plus, 2.5 million new groups were created every day on Messenger, with the average group chat including 10 people.

Messenger data is reflective of January 2017 through November 2017. JB

WATCH: Twitter’s new ads explain what’s it for and how it works

TOPICS: emojis, Facebook, GIFs, Social Media, Twitter
Read Next
Could playing Pokemon Go improve your social skills?
EDITORS' PICK
Garcia softens stance, meets IATF halfway on swab-upon-arrival policy
Want to help local farmers? Shop small and eat Real Food
ICC is everything but a court of ‘white people’
Manila is 78th most expensive city in the world for foreign workers
TeaM Energy pushes development programs to help in pandemic rebound
Piolo Pascual: The Ultimate Heartthrob continues to level up
MOST READ
Sharon Cuneta on living in the US: ‘Nagagawa ko lahat ng normal na bagay’
Mike Nieto asks fans: ‘No below the belt remarks’ toward South Korea
Duterte-Duterte tandem possible but ‘winnability is another question’ — Binay
ICC is everything but a court of ‘white people’
Don't miss out on the latest news and information.