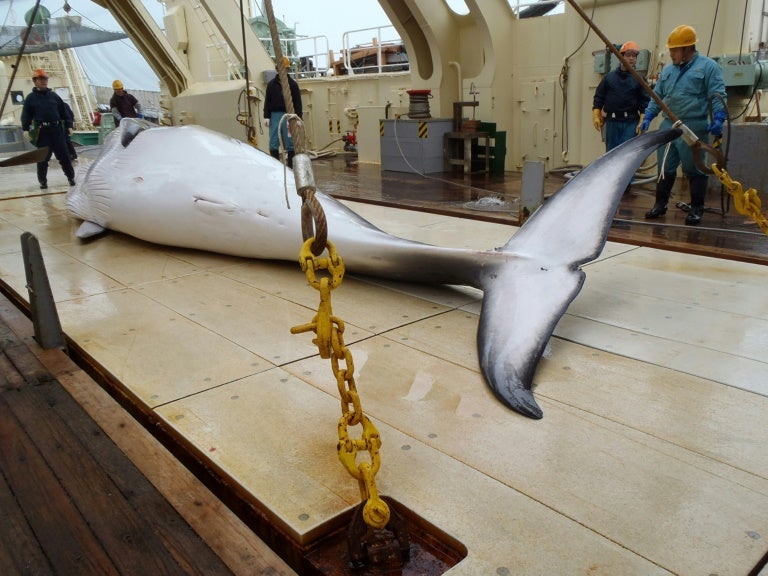 The European Union and 12 other nations condemned Japan’s Antarctic whaling program Monday, rejecting Tokyo’s argument that the annual slaughter is for scientific research.

Its fisheries agency says the hunt is needed to study whale behavior and biology, but critics say such lethal research is unnecessary and acts as a cover for commercial whaling.

“(We) jointly express… opposition to Japan’s continued so-called ‘scientific’ whaling in the Southern Ocean,” the EU and its allies said in a statement.

“We remain resolutely opposed to commercial whaling, in particular in the Southern Ocean Whale Sanctuary established by the International Whaling Commission (IWC).”

Japan is a signatory to the IWC’s moratorium on hunting, but exploits a loophole that allows whales to be killed in the name of scientific research.

In 2014, the UN’s International Court of Justice ordered Tokyo to end its regular hunt in the Antarctic waters, saying the project did not meet conventional scientific standards.

Japan cancelled its 2014-15 hunt, only to resume it the following year under a new program — saying the fresh plan had genuine scientific value.

The joint statement noted that the IWC ruled last year that the new research program was not scientific and should be halted.

“Japan’s decision to return to the Southern Ocean this year is contrary to the commission’s requests,” it added. AB