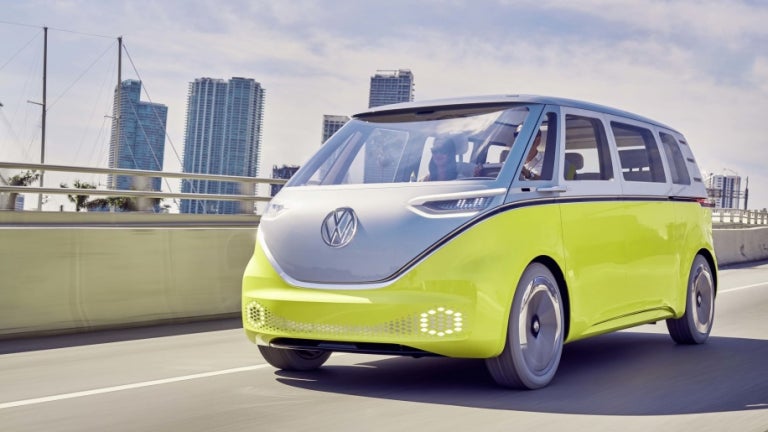 If anyone still had any doubts about how intertwined the worlds of consumer electronics and vehicle manufacturers have become, the news that Volkswagen is entering into a partnership with computing giant Nvidia should remove them.

As the 2018 Consumer Electronics Show (CES) gets underway in Las Vegas, it’s been revealed that the computer technology company best known for producing graphics cards is to work deeply on driverless car technology with both Volkswagen and Uber.

Nvidia is already producing processors for autonomous driving systems, but it’s now going to be working increasingly closely with the world’s biggest motor manufacturer on driverless vehicles and related features that rely on artificial intelligence. The German auto giant has recently announced ambitious plans to launch a number of new EVs in the not-too-distant future, including the I.D. Crozz by 2020 and the much-anticipated I.D. Buzz a couple of years later in 2022. Nvidia’s technology will be developed and incorporated into the autonomous driving systems of these new electric vehicles.

The computer tech company will also be collaborating with VW on what are being called “Intelligent Co-Pilot” capabilities of future vehicles, which could be systems such as facial recognition, voice control, gesture control and gaze-tracking systems for combatting driver distraction.

Nvidia’s CEO, Jensen Huang, explained, “In just a few years, every new vehicle should have AI assistants for voice, gesture, and facial recognition as well as augmented reality. Working with Volkswagen, we are creating a new generation of cars that are safer and more enjoyable to ride in than anything that has come before.”

Uber is another huge name Nvidia has announced a partnership with at CES 2018, although this is really just official confirmation of the arrangement as the two have already been working together on self-driving cars. But now, the arrangement has been made official because Uber has chosen Nvidia as its chosen provider of artificial intelligence computer technology for its self-driving taxis and commercial trucks.

Uber has actually been developing self-driving cars since 2015 now, and the company has already completed more than two millions miles of autonomous testing. JB