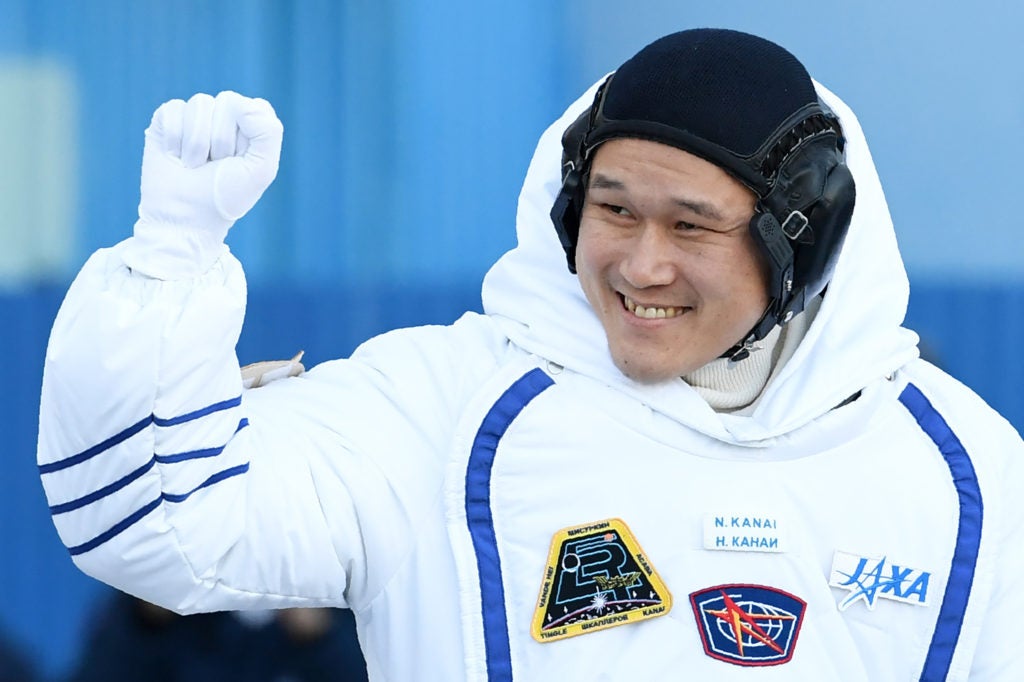 Standing 1.80m tall on Earth, Kanai is already considerably taller than the average Japanese man, who is 1.71m in height according to the latest official statistics. Image: Kirill KUDRYAVTSEV / AFP

A Japanese astronaut has sparked hilarity back on Earth after he claimed to have grown nine centimeters in space, making him worried he would not squeeze into the capsule home.

Norishige Kanai, who is aboard the International Space Station, tweeted: “We had our bodies measured after reaching space, and wow, wow, wow, I had actually grown by as much as 9 centimeters (3.5 inches)!”

“I have grown like a plant in just three weeks,” he said, adding that he had not experienced a growth spurt like this since high school.

“I’m a bit worried whether I’ll fit in the Soyuz seat when I go back,” he said, prompting tens of thousands of reactions on social media.

One Japanese Twitter user identified as @KakeruTokyo said: “Can somebody please take me to space? I want to grow taller (sobbing).”

Another user, @junnu_pana6mana, tweeted: “Mr. Kanai, I envy you. I wonder if I could have had a different life if I were 10 centimeters taller?”

Standing 1.80m tall on Earth, Kanai is already considerably taller than the average Japanese man, who is 1.71m in height according to the latest official statistics.

Astronauts’ spines can extend in the zero-gravity environment of space, making them slightly taller. This returns to normal when they go back to Earth and its gravitational field.

However, Kanai re-measured himself after a Russian colleague told him a nine-centimetre growth spurt was unlikely and had to correct his tall tale after finding he had only grown by two centimetres.

He later tweeted apologies for what he described as “fake news”.

“I’m a bit relieved as I’ll probably fit into the Soyuz back home,” he said. NVG