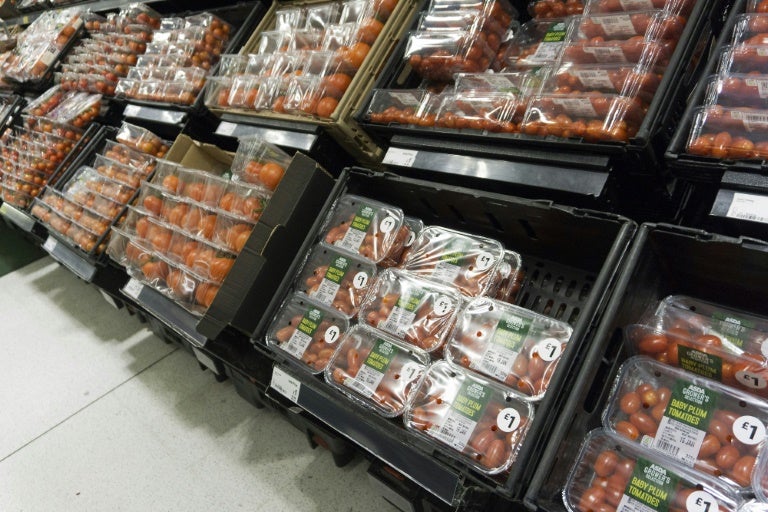 Britain plans to eliminate all avoidable plastic waste within 25 years, Prime Minister Theresa May will announce Thursday as part of long-term plans for the environment.

The government wants supermarkets to introduce plastic-free aisles and intends to inject new funding into plastics innovation, she will say in a speech outlining proposals.

Meanwhile changes to the tax system and charges on single-use plastic items such as takeaway containers will also be considered, according to May’s Downing Street office, which released a preview of her remarks.

“In years to come, I think people will be shocked at how today we allow so much plastic to be produced needlessly,” May will say.

“One million birds, and over 100,000 other sea mammals and turtles die every year from eating and getting tangled in plastic waste. One in three fish caught in the English Channel contains pieces of plastic.

“This truly is one of the great environmental scourges of our time.”

However, opposition leaders and environmental campaigners were quick to condemn the proposals as dangerously insufficient.

Vince Cable, leader of the Liberal Democrats, the fourth-biggest party in parliament, said Britain should be “eliminating all avoidable plastic waste now — a target of 2042 beggars belief”.

“The most glaring gap is support for deposit return schemes” on plastic bottles, Edge added.

“We just can’t wait another 25 years before eliminating throwaway plastic.”

Among its proposals, the government intends to encourage supermarkets to introduce plastic-free aisles in which all the food is loose, giving consumers the choice of doing without the plastic wrapping.

Meanwhile a five pence (seven US cents, six euro cents) charge on plastic carrier bags will be extended to all retailers in England.

It already applies elsewhere in Britain and to larger stores in England.

Downing Street said it would examine how the tax system or charges could encourage industry to take more responsibility for the environmental impacts of their products, with a consultation on reducing the volume of single-use plastics starting next month.

“The UK will demonstrate global leadership. We must reduce the demand for plastic, reduce the number of plastics in circulation and improve our recycling rates,” May will add.

“To tackle it we will take action at every stage of the production and consumption of plastic.”

Britain will direct some of its international development aid towards tackling pollution and reducing plastic waste abroad.

It will also seek to strike an accord with the Commonwealth on reducing plastic waste in the oceans when it hosts the group’s biennial summit in April. AB