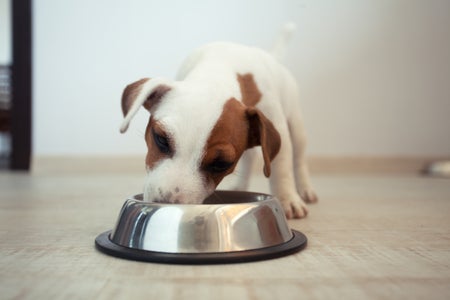 Raw meat, touted by some as an easily-digestible, nutrient-filled superfood for domestic dogs and cats, may put not only your pet at risk, but your own health too, researchers warned Friday.

A survey of frozen, raw meat products sold at pet stores and supermarkets in the Netherlands, where more than half of dog owners buy such items, revealed worrying levels of bacteria and parasites, a Dutch team reported in the journal Vet Record.

The pathogens included bacteria such as E. coli, Salmonella and Listeria, which can cause mild to severe infections, and the parasite Toxoplasma gondii, which causes toxoplasmosis with brain and eye damage in rare human cases.

“It is clear that commercial RMBDs (raw meat-based diets) may be contaminated with a variety of zoonotic bacterial and parasitic pathogens,” the authors of the study wrote.

Such pathogens could sicken animals, but pose an even bigger threat to humans who handle the raw food or come into close contact with infected animals licking their face or hands.

It also endangers livestock farming through the shedding of ingested bacteria and parasites into the natural environment, and could spread any antibiotic-resistant germs present in the raw food.

Of 35 commercial raw-meat foods from eight brands that were analysed for the study, eight (23 percent) had traces of an E.coli type dangerous to humans, while almost half tested positive for Listeria and one in five for Salmonella. Two products were infected with T. gondii.

“This is in contrast with dry, semi-moist and canned pet food, which is rarely contaminated with pathogens,” the research team wrote.

“It is important to encourage awareness of the possible risks associated with feeding RMBDs to companion animals, and pet owners should be educated about personal hygiene and proper handling of RMBDs,” said the paper.

It also called for warnings and handling instructions on product labels and packaging. The touted benefits of raw meat diets for dogs and cats “are not backed by evidence,” the authors added.

Besides the risk of germ infestation, many fear that raw meat-based diets do not provide all the nutrients our animal friends require. JB