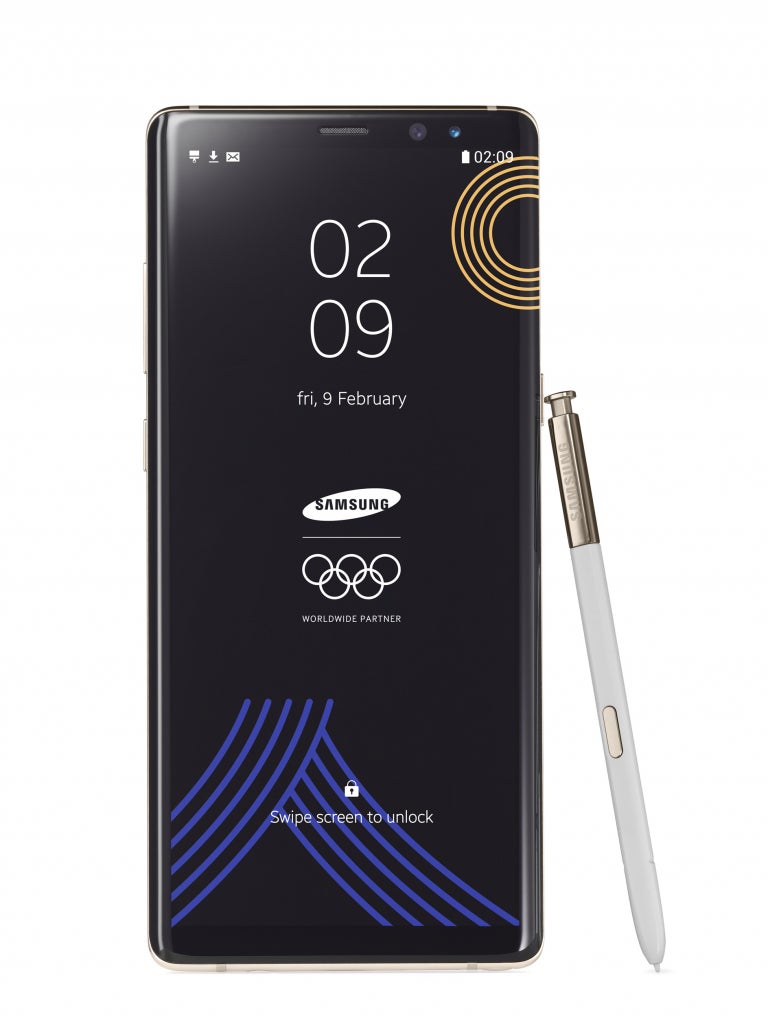 Samsung is at it again, giving away its phones to world-class athletes; however, this time around the brand has even more reasons than ever.

In less than a month, all eyes will be on the Winter Olympics in South Korea and so who better to be the biggest cheerleaders than Korean-owned tech giant, Samsung. This year also marks 30 years since the company began its involvement with the Olympic Games by becoming a local sponsor of the 1988 Seoul Summer Olympics.

To celebrate the athletes and staff of the Winter Olympics PyeongChang 2018, Samsung will be giving them the PyeongChang 2018 Olympic Games Limited Edition. That’s about 4000 units.

This special edition is a Note 8 that has been given a refashioning designed to commemorate the event. The Olympian phone comes with a wintry white back, five gold Olympic rings, “inspired by the torch” and preloaded wallpapers for its Touchwiz software. Then the same phone will be given to the Paralympic Winter Games athletes, also with a refashioned case featuring the Paralympic Games logo.

This is the third time that Samsung has offered its products in an Olympic context: the first time was at the 2014 Sochi Olympic Games, where they gave all Olympians the Galaxy Note 3, and then at the Rio 2016 Olympic Games it was the Galaxy S7.

Meanwhile Samsung’s mobile chief, DJ Koh, has already indicated that the unveiling of its next flagship phone Galaxy S9 and Galaxy S9+ will take place at Mobile World Congress (MWC) 2018 in Barcelona, Spain the day after the closing ceremony of the Winter Olympics on Feb. 26. And now, @evleaks has tweeted his suspicions for a March 16 retail launch and pre-orders starting on March 1. Evan Blass, famous for leaking information on Twitter, says he found this out via a “”C-level executive at a major casemaker.”

The Galaxy S9 and S9 Plus are expected to resemble their predecessors with the same sleek Infinity Display panel, a QHD+ resolution and similar price points upon release ($700 for the Galaxy S9 and $800 for the S9 Plus), according to speculation. JB