Apple HomePod could be a step closer to launch 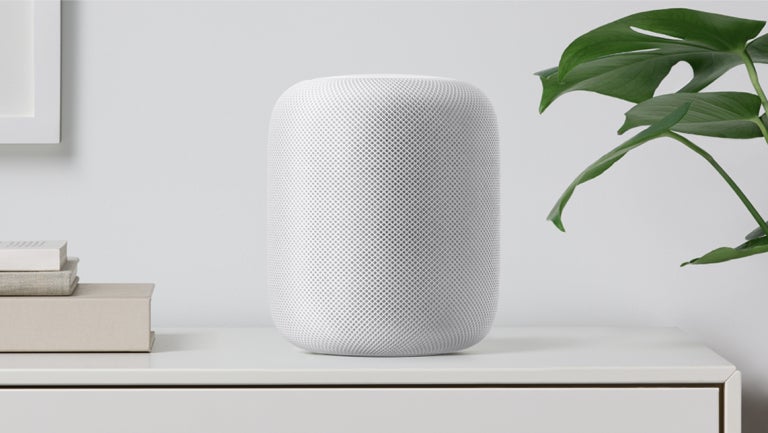 Revealed at Apple’s Worldwide Developers Conference (WWDC) in June 2017, the HomePod smart speaker is keeping fans waiting. However, recent approval from the United States telecoms regulator, the Federal Communications Commission (FCC), should bring it a step closer to release, expected Q1 2018, in the U.S., the United Kingdom and Australia.

Apple’s HomePod is billed as a Siri-powered smart speaker, similar to the Amazon Echo and Google Home speaker lines. Initially expected late 2017, its release has been delayed, letting competitors get a head start in this fast-growing consumer tech sector. Indeed, research from Canalys suggests that smart speaker sales could top 50 million in 2018.

Apple has a few things up its sleeve to stand out from competitors. On the audio front, Apple promises 360-degree sound quality, with a woofer for bass plus seven tweeters for higher frequencies. Moreover, the speaker uses spatial awareness technology to determine its location in the room and adjust the sound automatically.

The HomePod has no less than six built-in microphones to help it “hear” and “understand” user requests. Powered by Apple’s voice assistant Siri, the speaker lets users search for information or send messages and offers access to more than 40 million songs when paired with an Apple Music subscription. HomePod can also be used a veritable nerve center for the smart home, interacting with the user’s smartphone to control accessories connected via HomeKit, for example, from lighting to blinds.

HomePod is listed as compatible with iPhones running iOS 11 (all Apple models from the iPhone 5s onwards). It will initially be released in the U.S., the U.K. and Australia. Pricing is announced at $349 (about P17,800), making Apple’s smart speaker considerably more expensive than models from direct competitors (Amazon and Google) or third-party manufacturers (Sonos and JBL). JB

How to go running without your wallet or phone