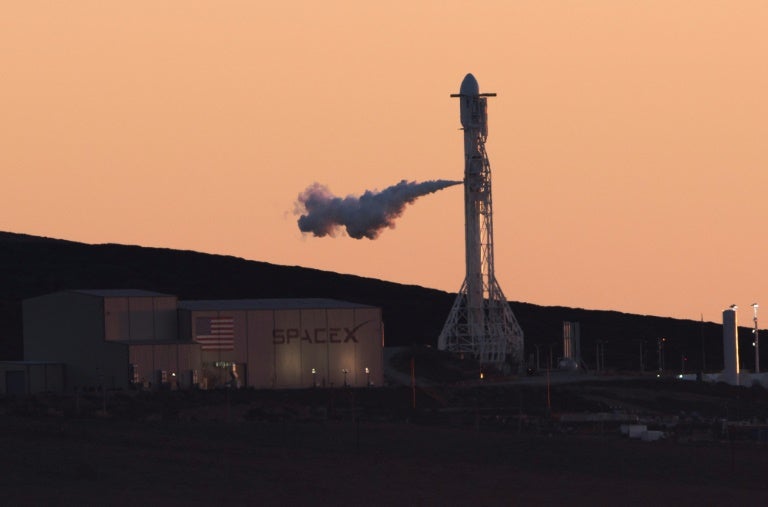 California-based SpaceX used a Falcon 9 rocket, an example of which is seen here, to blast off a four-ton military satellite for the government of Luxembourg from Cape Canaveral launch complex. Image: Robyn Beck / AFP

SpaceX on Wednesday blasted off a four-ton secure military communications satellite called GovSat-1, a partnership between the government of Luxembourg and the satellite operator SES.

“There you saw a successful liftoff of the Falcon 9,” a SpaceX commentator said as the rocket launched on a sunny day from Cape Canaveral at 4:25 pm (2125 GMT).

The satellite will enable “secure communication links between theaters of tactical operations, for maritime missions or over areas affected by humanitarian crises,” said a SpaceX statement.

GovSat-1 is bound for a distant, geostationary orbit and will support communications within Europe, the Middle East and Africa.

It will also enable operations over the Atlantic and Indian oceans and the Mediterranean and Baltic seas.

SpaceX did not attempt to land the first stage of the rocket after launch. The launch did however use a booster that flew last year.

The California-based company headed by space and solar energy tycoon Elon Musk has landed 21 rockets after launch as part of its effort to re-use costly rocket parts and bring down the costs of spaceflight.

According to media reports, the satellite did not make it into orbit, though the Pentagon refused to elaborate on what happened.