Many have been taking the piss out of certain athletes for drinking their own urine. While it’s since been proven that drinking your own urine as a homeopathic alternative doesn’t really have any scientific benefits, there is still power in its placebo effect. If you believe hard enough, it might just work for you.

Recent findings by Loyola University Chicago researchers, however, may just change the power of piss from placebo to scientifically-approved, after discovering bacteria-killing viruses called “phages” present in women’s bladders. 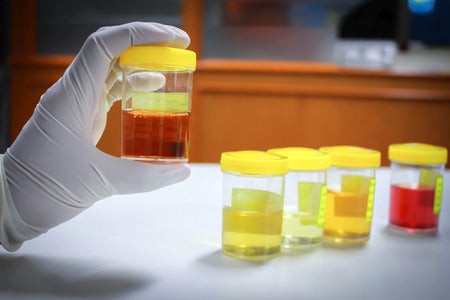 “The thought that there’s not bacteria in urine is false,” Catherine Putonti said in an Ars Technica report in Feb. 2. Putonti is a microbiologist from Loyola and is the leading author of the study published just this week in the Journal of Bacteriology. “The big picture is that there a lot of viruses that are part of these bacterial communities as well.”

Phages have been known to manipulate and kill bacteria populations, according to Putonti. In former Soviet republics, example, doctors used phages to treat infections.

“Overall, just seeing things that have never been seen before is exciting,” Putonti said. “There’s a lot of exciting work that has to be done to look into the efficacy of phage as a replacement of antibiotics.”

Although it’s too early to say if phages can one day make a breakthrough in medical technology, tiny discoveries such as Putonti’s study make just that idea within reality’s reach. It might be absurd to imagine that the future of medicine may have been residing in the waterways of women all this time, but let this be known: urine is liquid gold. Cody Cepeda/JB