21 dolphins die after washing up on Mexico beach 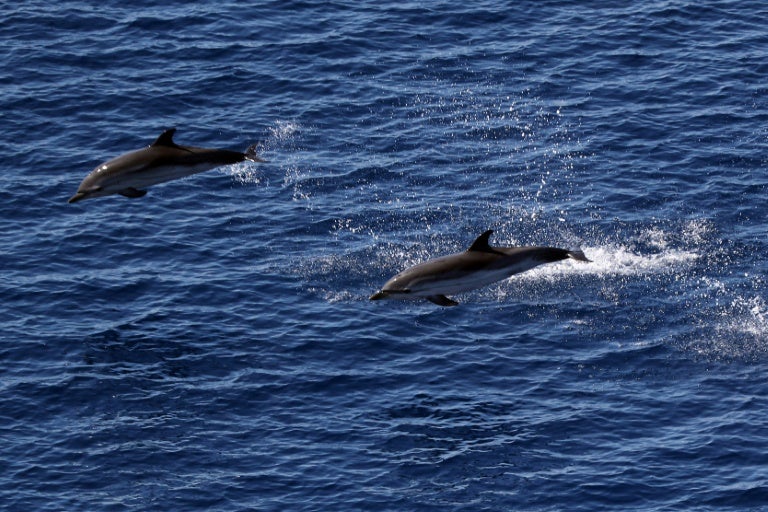 Despite their cute and friendly reputation, some dolphins are known to attack and even kill other dolphins. Image: Valery Hache / AFP

Twenty-one dolphins that were apparently attacked by another species of dolphin have died after washing up on a beach in northern Mexico, authorities said.

Environmental activists launched a frantic operation to try to save the dolphins after a group of 54 washed up on a rocky beach in Bahia de la Paz, in Mexico’s Baja California peninsula.

They managed to get 33 of the short-beaked common dolphins back in the water alive, but the rest died on the beach, the Mexican environmental protection authority, Profepa, said in a statement.

The dolphins had bite marks that appeared to indicate they had been attacked by bottlenose dolphins, rescuers said.

Despite their cute and friendly reputation, some dolphins, including the bottlenose, are known to attack and even kill other dolphins. AB

Bid to find a Valentine for Romeo, world’s ‘loneliest frog’