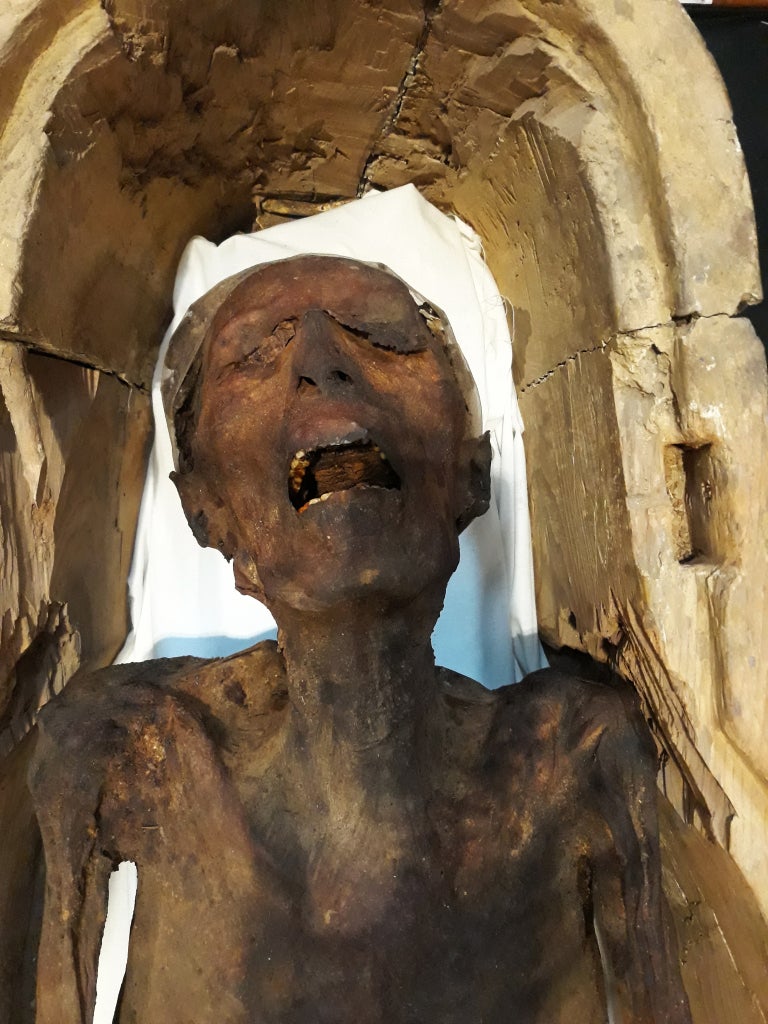 A picture taken on February 14, 2018 shows the “Screaming Mummy” known scientifically as “the unknown man E” on display at the Egyptian Museum in Cairo’s Tahrir Square. Image: Khaled Desouki / AFP

The Egyptian Museum in Cairo has put on display the “Screaming Mummy” of the son of a pharaoh who may have been hanged for plotting his father’s murder.

Dubbed “the unknown man E”, the mummy which is not usually exhibited appears to be of a man who died an agonizing death.

Egypt’s antiquities ministry has said DNA analysis confirmed the mummy was a son of Ramses III, who ruled between 1186 BC and 1155 BC.

It showed signs that the man had been hanged and shrouded in sheepskin, which the ancient Egyptians considered impure.

Pentawere, the son of Ramses III, was sentenced to hang for his role in the plot, according to an ancient papyrus record of the conspiracy.

Pentawere conspired with his mother Tiye, the second wife of Ramses III, to murder the king.

It is not clear if Ramses III was killed in the plot, but there are indications that he was stabbed in the neck.

An Eye of Horus amulet, representing healing and protection, was placed around Ramses III’s throat, the ministry statement said. AB