Beetles face extinction due to loss of old trees 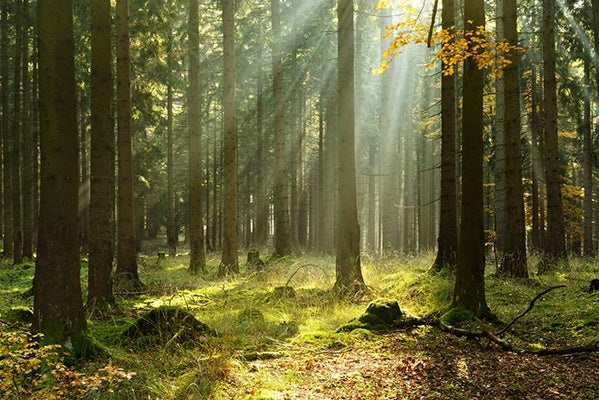 The 3,000 known species of saproxylic beetles need dead and decaying wood at some point during their life cycles. © AVTG / Istock.com through AFP

Nearly a fifth of Europe’s wood beetle species face extinction because the old, decaying trees they depend on have been cleared from forests, scientists warned Monday.

Many saproxylic — literally, “dead wood” — beetles could disappear if remaining old-growth trees are not allowed to decline naturally, according to a report by the International Union for Conservation of Nature (IUCN), which maintains the Red List of endangered animals and plants worldwide.

Eighteen percent of the 700 beetle species surveyed were found to be at risk, but the percentage is likely higher because there was not enough data to classify a quarter of those examined.

The 3,000 known species of saproxylic beetles need dead and decaying wood at some point during their life cycles.

The insects also play a crucial role in recycling nutrients, and provide a key food source for birds and mammals. A few are also pollinators.

“This will ensure that the vital ecosystem services provided by these beetles continue.”

The loss of trees across Europe is the main driver of the decline, according to the report, based on research by 80 experts.

The beetles, and other wildlife, are also threatened by urbanization, the expansion of tourism, and the increased frequency and intensity of wildfires in the Mediterranean region.

The Red List update tagged Stictoleptura erythroptera — which seeks out large trees with deep cavities — as “vulnerable” to extinction.

Another species, Iphthiminus italicus, has declined due to tree farming and wildfires. It was classified as “endangered”, an even more precarious status.

The report calls for integrating conservation strategies into forest management.

“Currently, management practices lead to the transformation of wood-pastures into either woodland or grassland, destroying the essential vegetation mosaic many saproxylic beetles need,” said Luc Bas, head of the IUCN’s European office. MKH

For seed beetles, the pain of sex

TOPICS: Europe, saproxylic, Union for Conservation of Nature
Read Next
At Geneva, new electrics, but don’t forget the horsepower
EDITORS' PICK
Drilon wants repeal of penal provisions in proposed Bayanihan extension law
Notice of 2020 regular meeting of stockholders June 18, 2020
LIST: What to expect in areas under GCQ, MGCQ
DOTr bares 2 phases of public transport revival in GCQ areas
SM prepares for ‘safe malling’
Leveling up your ‘lutong bahay’ with the kitchen companion you never knew you needed
MOST READ
LIST: What to expect in areas under GCQ, MGCQ
DOH explains: Only 109 of record-high 539 COVID-19 patients were ‘fresh cases’
Duterte approves Metro Manila’s shift to GCQ starting June 1
300 buses to resume operations in NCR by June 1 — Año
Don't miss out on the latest news and information.