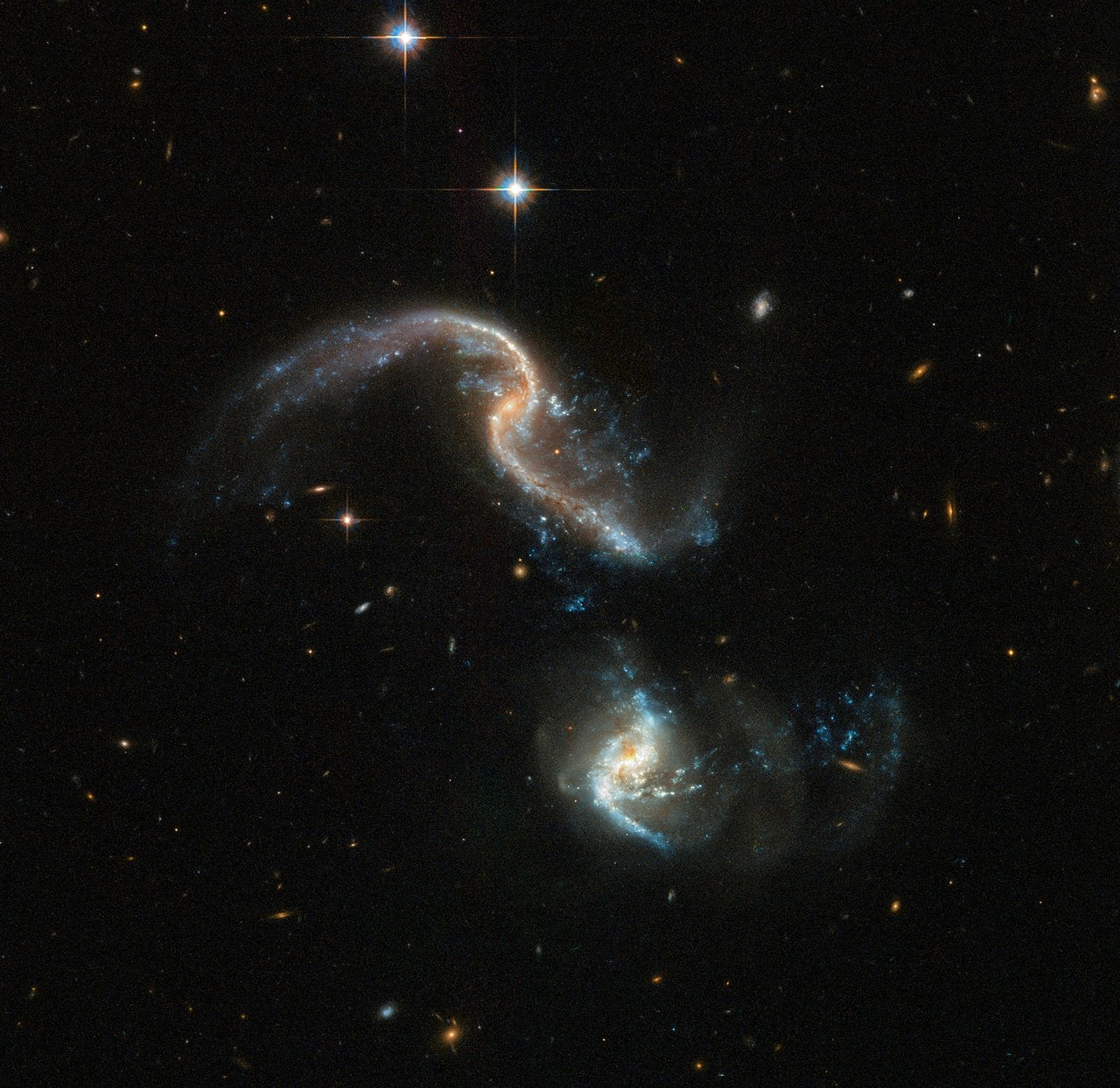 Arp 256 is a stunning system of two spiral galaxies, about 350 million light years away. Image: ESA/NASA

The Hubble Space Telescope continues to take stunning photos of unusual galaxies, the latest being a snapshot of two galaxies slowly merging.

Estimated to be around 350 million light years away in the constellation of Cetus, the photo by Hubble showed two galaxies dubbed Arp 256 whose shapes have been greatly distorted.

The current image is a new version of one released in 2008, according to a statement from the European Space Agency (ESA) and National Aeronautics and Space Agency (NASA). The old snapshot was included in a collection of 59 images taken on Hubble’s 18th anniversary featuring merging galaxies. 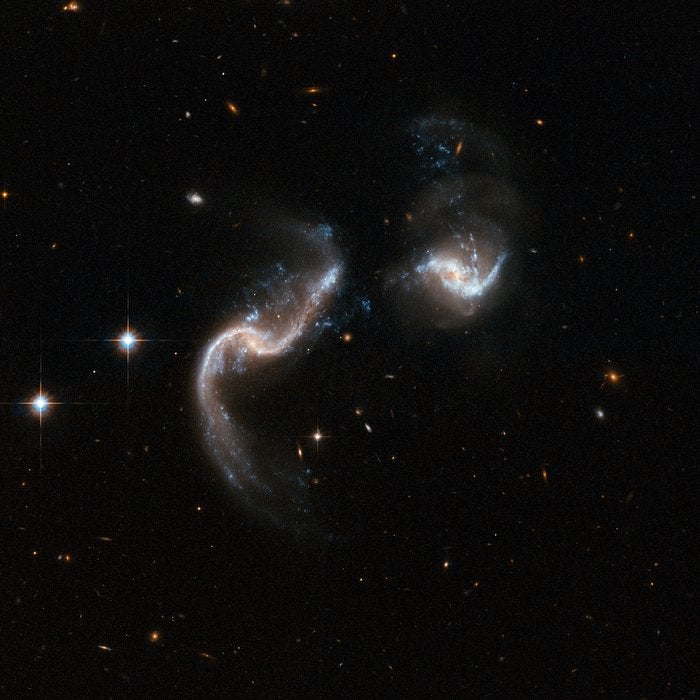 As seen from Hubble’s new photo, the force of gravity from both galaxies continue to tug at each other, stretching out their galactic arms while leaving a trail of gas, dust and stray stars. It also appears that more stars are being formed in the new photo, as shown by the increase of blue lights.

Photos such as this belong to the Atlas of Peculiar Galaxies which currently catalogues 338 galaxies. Scientists use the atlas as a reference for studying the different stages of galactic evolution. Through the photos, scientists learn about the ways spiral galaxies like our own Milky Way and elliptical galaxies change shapes overtime. They also use the photos to study how galaxies merge to become entirely new systems. JB