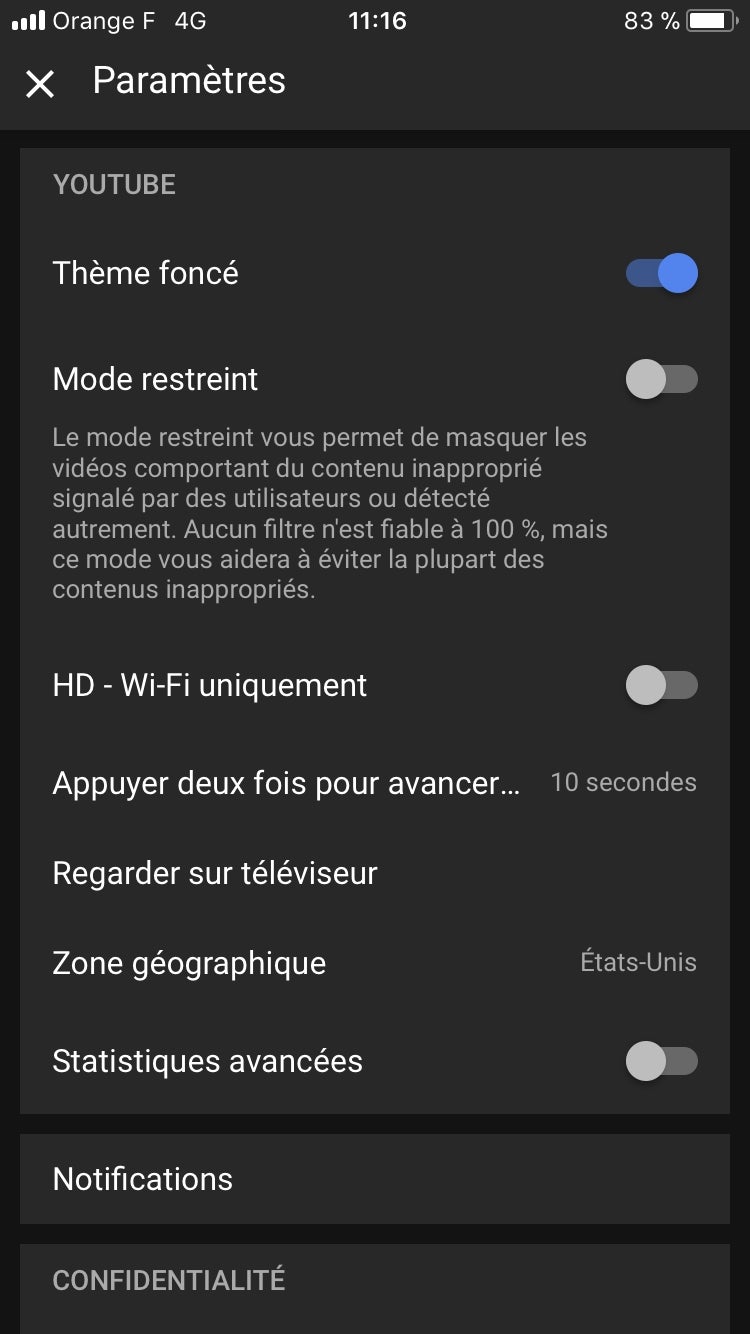 The latest update to the YouTube mobile app is bringing a dark mode, which turns white space black to improve viewing at night or in dark conditions. The mode is already available on the YouTube desktop site.

The new night mode is already rolling out to YouTube’s iOS app, available by tapping the account icon then selecting “Settings,” then the “Dark Theme” option. The new mode will progressively be made available for all users of the app on iPhone or iPad. It should also be coming very soon to the Android app.

For once, Google has brought this new function to Apple users first, while Android aficionados have to wait a little longer to see the update come to their YouTube app.

YouTube also plans to roll out new measures to combat the spread of disinformation and fake news by adding useful links to Wikipedia and other articles under conspiracy theory videos on the platform.

Beyond conspiracy theories, the links (which should start to appear in the coming months) could be added to other kinds of videos relating to potentially sensitive subjects. It is the first step in a series of measures aimed at combatting the spread of hoaxes and fake news that are due to be put in place by the end of the year.

The YouTube app is available to download free of charge from the App Store (iOS) and Google Play (Android). JB