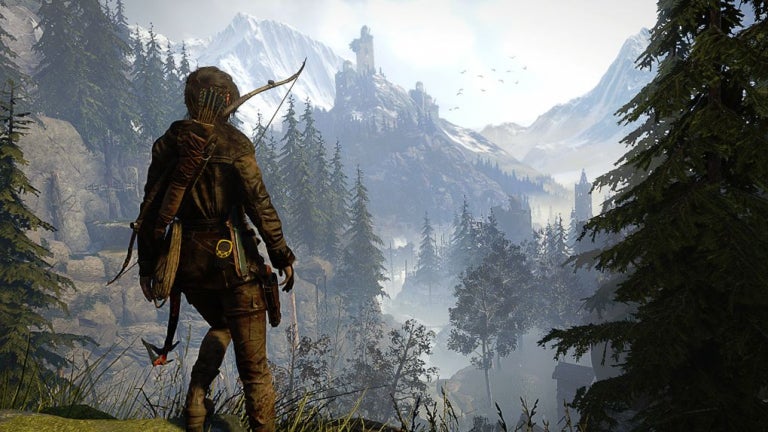 Ahead of the official announcement on March 15, video game fans have discovered that “Shadow of the Tomb Raider” is due to release on Sept. 14, 2018.

Third in a franchise reboot that got underway in 2013, and 12th in the long-running treasure-hunting adventure series since its 1996 debut, “Shadow of the Tomb Raider” is coming to PlayStation 4, Xbox One, and Windows PC. All this information has been gleaned from the HTML code underlying the franchise’s official website, tombraider.com. On its face, the site hosts a countdown to a March 15 reveal. Inspect the HTML source and a launch date and platforms are also detailed, along with a pre-order reveal date of April 27.

It could be, then, that Square Enix will release a visual or video teaser on March 15, with a more persuasive trailer timed to coincide with that late April target.

“Shadow of the Tomb Raider” was rumored to be the new game’s title since a 2016 Montreal subway sighting that involved a Reddit user and a supposed Square Enix employee’s laptop.

Given that the Crystal Dynamics studio, traditional developer of the “Tomb Raider” franchise, is thought to be occupied with a Marvel’s Avengers adaptation, Square Enix’s Eidos Montreal location is thought to be involved with this threequel.

Eidos Montreal is also partnering with Crystal Dynamics for that Avengers project.

The March 2013 “Tomb Raider” reboot released on Xbox 360, PlayStation 3 and Windows PC, with a PlayStation 4 and Xbox One edition arriving January 2014.

Sequel “Rise of the Tomb Raider” took players from a mystery island south of Japan to the Siberian wastes by way of Syria, and was subject to a temporary exclusivity agreement that saw it launch on Xbox One and Xbox 360 in November 2015 before a Windows edition landed in January 2016 and a PlayStation 4 release in October later that year.

No such timed exclusivity appears to be in force for “Shadow of the Tomb Raider”; however, thanks to that September 2018 date across PlayStation, Xbox and Windows platforms; Nintendo Switch owners find their system absent from the list, for now at least.

Oscar-winning actress Alicia Vikander of “The Danish Girl” and “Ex Machina” plays adventurous archaeologist Lara Croft in Warner Bros.’ March 16 theatrical debut “Tomb Raider”. It arrives just over five years after the game it is based upon. JB