Japanese YouTube vlogger Fumiya Sankai rendered his own version of the song “Hayaan Mo Sila” by hip-hop collective Ex Battalion, at the request of his Filipino fans.

A regular visitor to the Philippines, Sankai started his little project by asking from his viewers suggestions on what Filipino songs to sing. Fans asked if he could sing “Hayaan Mo Sila”, and so he obliged.

Sankia first filmed a trial video on March 6 where he attempted to sing while reading the lyrics from his mobile phone.

Given the nature of the song’s hip-hop arrangement, Sankai found it difficult to pronounce many of the words in time with the melody.

In the final video, Sankai could still be heard struggling to clearly enunciate words, suggesting he could use a little more time for practice.

Fans had a good laugh at the video and commended Sankai for the effort. Others said they hoped he could eventually learn to speak Tagalog fluently so he could sing better. 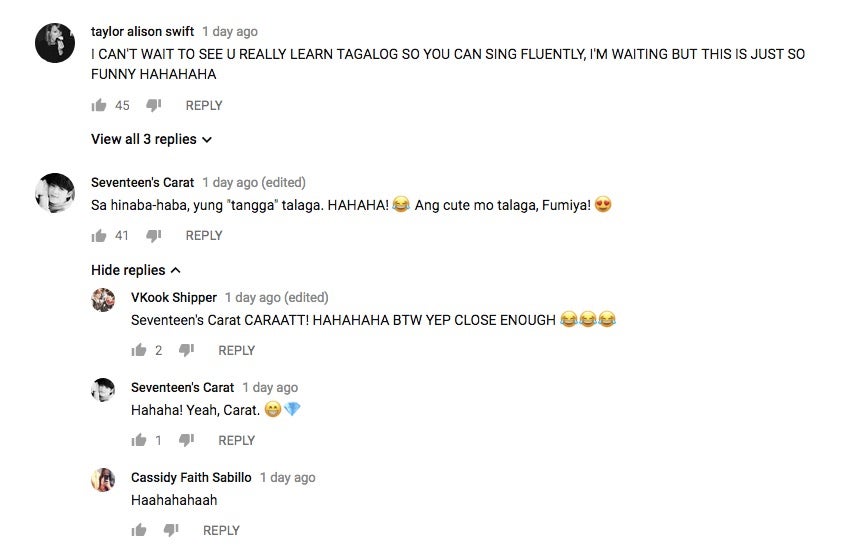 Sankai also tried to sing “Titibo Tibo” by Moira Dela Torre in both Tagalog and Japanese.

The Japanese vlogger has taken an interest in Filipino pop culture. His more recent videos include trying out spicy Lucky Me Pancit Canton, eating in Jollibee and playing a game of pak ganern. JB

WATCH: Jumbo lighter can light up more than just a cigar