US Air Force to begin fighter-mounted laser testing this summer 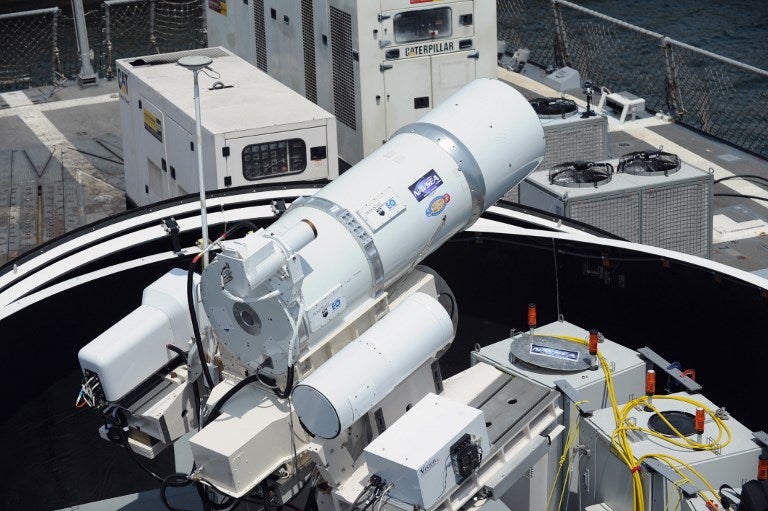 This handout photo provided by the US Navy on April 9, 2013, shows the Laser Weapon System (LaWS), technology demonstrator built by the Naval Sea Systems Command, temporarily installed aboard the guided-missile destroyer USS Dewey (DDG 105). LaWS can be directed onto targets from the radar track obtained from a MK 15 Phalanx Close-In Weapon system or other targeting source. A similar laser weapon will be tested by the Air Force this summer on an F-15 war jet, an official said. AFP FILE

WASHINGTON, United States — The US Air Force will this summer begin testing a laser that will be mounted on an F-15 warplane, an official said Monday.

The idea is to put a laser system on aircraft with an output of about 50 kilowatts to test their ability to zap drones or cruise missiles.

“We have got tests starting this summer and the flight tests next summer,” Jeff Stanley, deputy assistant secretary of the Air Force for science, technology and engineering, told reporters.

“There are still some technical challenges that we have to overcome, mainly size, weight, power.”

Military laser beams are invisible to the naked eye.

By focusing a beam on a target, the technology rapidly heats it up inside, causing it to crash or explode. /cbb