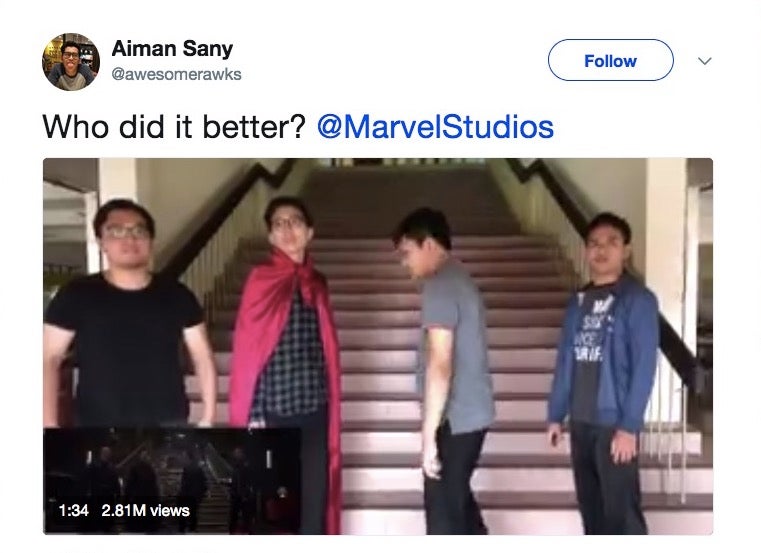 After the latest “Avengers: Infinity War” trailer went online, a group of Malaysian boys decided to make their own version using only regular items as props to see who could do it better.

Who did it better? @MarvelStudios pic.twitter.com/k504zAadGB

The boys actually created the video as an English project for school and shared it on Twitter with the caption “Who did it better?” while tagging Marvel Studios. They filmed various scenes to perfectly match the trailer, except that the props they used were more on the budget-friendly side. A good example would be their stand-in for Black Widow (Scarlett Johansson). 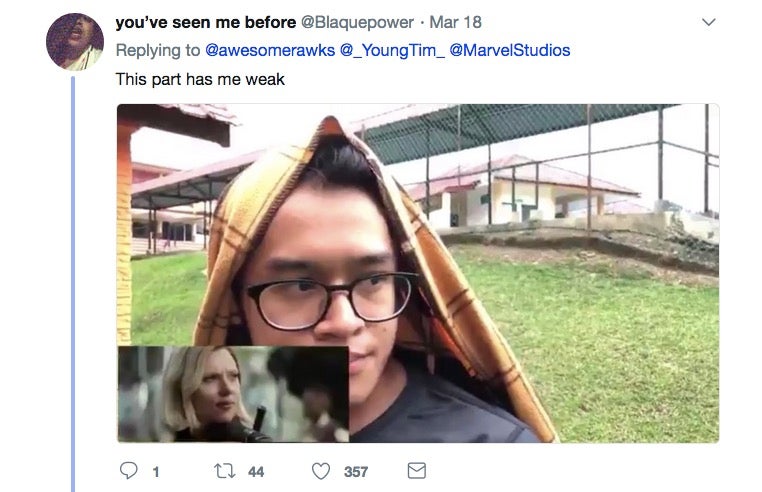 And let’s not even talk about Scarlet Witch (Elizabeth Olsen) 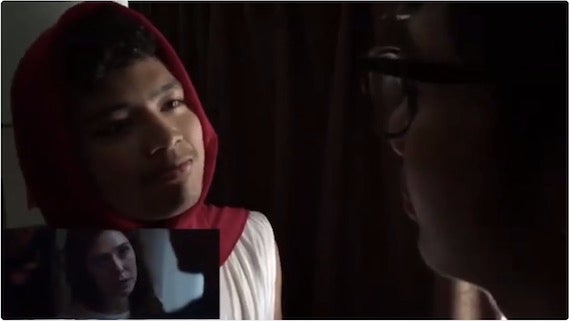 One A.Azrul (@Spxckyazrul) said the clip was “pure cringe. But it was funny cringe.”

Netizen syera (@syewara) called it “The best cgi effect ive ever seen.” Others could not get over the plates used for Dr. Strange’s magic shields. 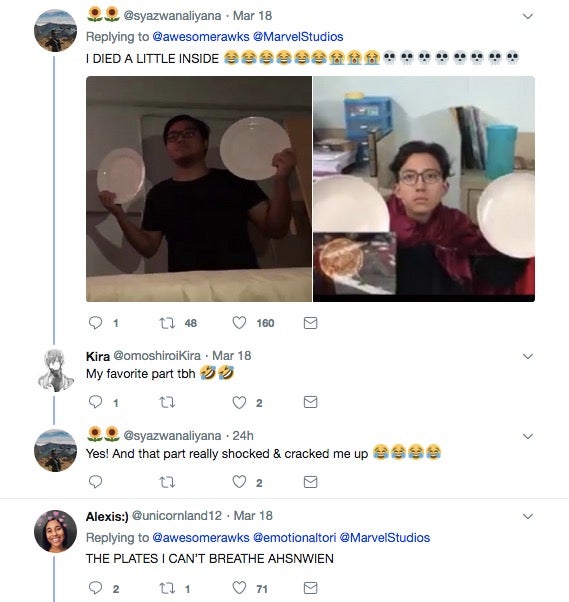 The whole two-minute-something clip was shot over the course of one week, said Aiman Sany (@awesomerawks) in one of the comments.

As of this writing, the video has been viewed over 2.8 million times while gathering over 77,000 retweets and almost 120,000 likes.

One netizen said the boys should get free tickets to “Infinity War” for the hilarity of their do-it-yourself trailer. Whether these Malaysian boys will get free passes or not, they can rest easy because their low-budget work has earned the thumbs up and laughter of Marvel fans.  /ra