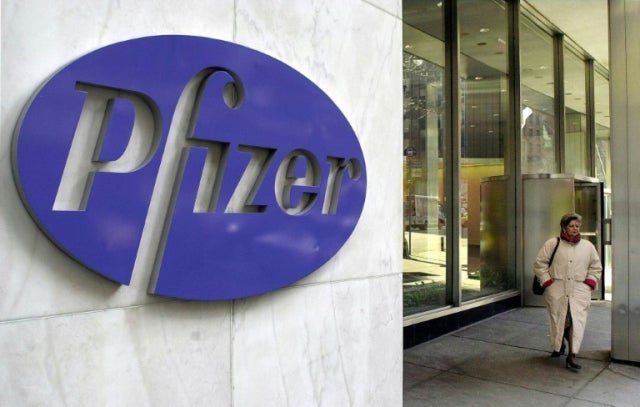 Pfizer’s Viagra, approved by US regulators 20 years ago, was the first pill aimed at helping men get erections. Image: AFP/Henny Ray Abrams

While the sexual improvement revolution it sparked brightened up the sex lives of many couples, it largely left out women still struggling with dysfunction and loss of libido over time. They have yet to benefit from a magic bullet to bring it all back, experts say.

About 65 million prescriptions have been filled worldwide for the blockbuster Pfizer drug approved by the US Food and Drug Administration on March 27, 1998.

It was the first pill aimed at helping men get erections.

Suddenly, talk of an amazing drug that could make an older man’s penis hard again was all over television and magazines.

The Viagra boom also coincided with the rise of the internet, and the explosion of online pornography.

Ads for Viagra were designed to reframe what had been known as “male impotence” as “erectile dysfunction” or ED, a medical condition that could finally be fixed.

“It’s a little embarrassing to talk about ED, but it is so important for millions of men and their partners,” he said.

Before Viagra, men wanted to talk about their erectile problems, and did, but the conversations were awkward and difficult, recalled Elizabeth Kavaler, a urology specialist at Lenox Hill Hospital in New York.

“Now, sexuality in general is very out there,” she added.

“Sex has become an expected part of our lives as we age. And I am sure Viagra has been a big part of that.”

Viagra has had a “major impact” — on a par with the way antibiotics changed the way infections are treated, and how statins became ubiquitous in the fight against heart disease, said Louis Kavoussi, chairman of urology at Northwell Health, a New York-area hospital network.

Viagra’s release also came amid a “sort of a clampdown on physicians interacting with companies,” he said.

“So this was a perfect medicine to advertise to consumers. It was a lifestyle type of medicine.”

Viagra, or sildenafil citrate, was first developed as a drug meant to treat high blood pressure and angina.

But by 1990, men who took part in early clinical trials discovered its main effect was improving their erections, by boosting blood flow to the penis.

For all its popularity, Viagra is still often misunderstood.

“It isn’t an aphrodisiac,” said Kavoussi.

“A lot of men who ask about it say, ‘My wife isn’t very interested in relations,'” he added.

“And I say, ‘Viagra is not going to change that.'”

In 2000, the comedy show “Saturday Night Live” featured a spoof on ads that showed sexually satisfied men saying, “Thanks, Viagra.”

The skit was funny because it reflected a reality few people were talking about.

“We are a very puritanical society, and I think Viagra has loosened us up,” said Nachum Katlowitz, director of urology and fertility at Staten Island University Hospital.

“But for the most part, the women have been left out of the sexual improvement revolution.”

Pfizer finally did include women in its marketing for Viagra, in 2014. The commercials featured sultry women, including at least one with a foreign accent, speaking directly to the camera, telling men to get themselves a prescription.

In 2015, the FDA approved a pill called Addyi (flibanserin), which was cast in the media as the “female Viagra”, and was touted as the first libido-enhancing pill for women who experienced a loss of interest in sex.

The pill was controversial from the start.

A kind of anti-depressant, women were warned not to drink alcohol with it. It also cost hundreds of dollars and came with the risk of major side effects like nausea, vomiting and thoughts of suicide.

“It didn’t go over too big,” said Katlowitz.

Older women’s main problem when it comes to sex is vaginal dryness that accompanies menopause, and can make sex painful.

Solutions tend to include hormones, or laser treatments that revitalize the vagina. They are just beginning to grow in popularity, but still cost hundreds to thousands of dollars, said Kavaler.

For Katlowitz, Viagra was a prime example of “the greed of the pharmaceutical industry.”

Viagra cost about $15 per pill when it first came out, and rose to more than $50. It finally went generic last year, lowering the price per pill to less than $1.

“There was absolutely no reason to charge $50 a pill,” said Katlowitz.

“It was just that they could, so they did.” CC

Viagra to be sold without prescription in Britain