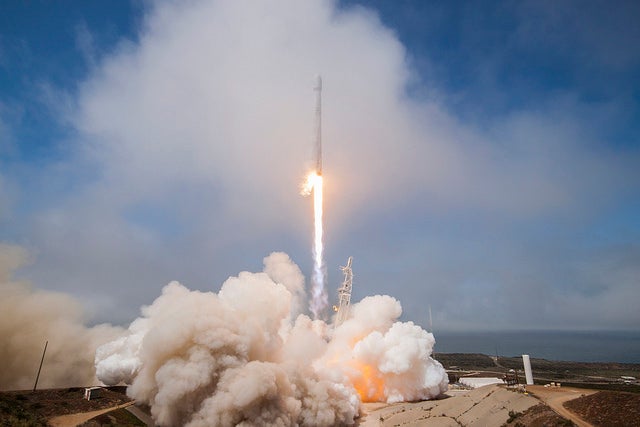 The Formosat-5 mission Falcon 9 rocket launched from the Vandenberg Air Force Base in California  (Image: SpaceX)

Exhaust from the Falcon 9 launch during one of its launches created chemical reactions in the Earth’s ionosphere. The shock waves from this reaction tore a 900-kilometer-wide hole through the ionosphere when the rocket sped off into space, according to a study published in the journal Space Weather.

Data gathered by researchers suggest that holes similar to this in increased numbers may eventually disrupt the accuracy of GPS navigation on land – something the study believes should be given more attention moving forward as more rockets take off into space in the future.

The researchers studied the Formosat-5 mission, which launched a Falcon 9 rocket in August 2017. Its payload had been light enough to allow the rocket an almost vertical flight trajectory that caused the hole, the study found.

Normally, rockets followed a curved, almost horizontal trajectory to lessen the effect of gravity and stress on the rocket going through the atmosphere. /ra