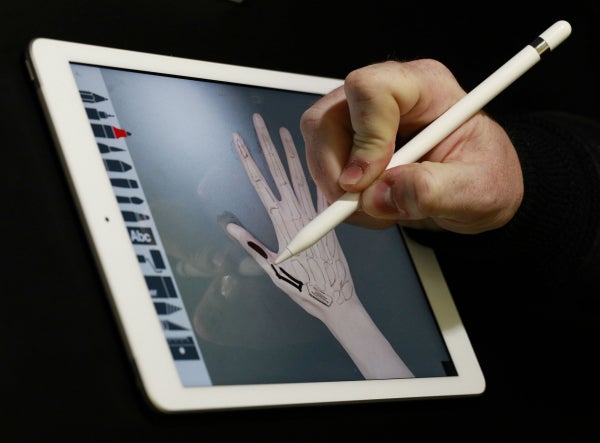 Apple was once a leader in the classroom but in recent years it has fallen behind Google. © JIM YOUNG / AFP

Apple on Tuesday unveiled new applications and a discounted iPad tablet aimed at the education market as it tries to regain momentum lost to Google in the world of classroom technology.

At an event in Chicago, the California-based Apple showcased a new, free curriculum called Everyone Can Create that enables teachers to integrate drawing, music, filmmaking or photography into their lessons.

The updated iPad offers support for Apple Pencil — an extra $99 (almost P5,200) — which can be used for sketching and handwritten notes.

“Creativity sparks a deeper level of engagement in students, and we’re excited to help teachers bring out that creativity in the classroom,” said Philip Schiller, Apple’s senior vice president of marketing.

With these new products, he said, “we believe we can amplify learning and creativity in a way that only Apple can.”

Apple was once a leader in the classroom but in recent years it has fallen behind Google, which now accounts for around 60 percent of new mobile PCs shipped to U.S. schools, compared with 12.3 percent for Apple, according to Futuresource Consulting. MKH