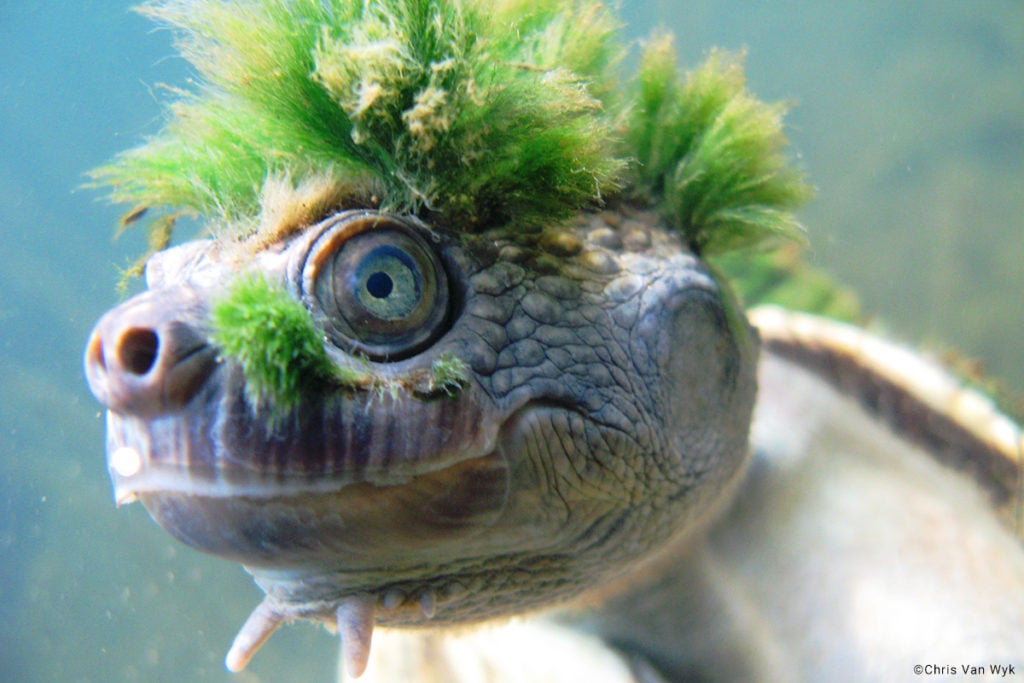 A unique turtle sporting a green mohawk, which is native to Australia, has been added to the list of threatened reptiles that may disappear from the planet if nothing is done to preserve its species.

Called the Mary River turtle, the animal only lives in Mary River in Queensland, Australia, hence its name. Its green “hair” is actually algae growing on the animal’s body.

This turtle is currently No. 29 on the Evolutionarily Distinct and Globally Endangered (Edge) list for reptiles of the Zoological Society of London.

Because it only lives in one place, changes in the river system, such as the building of dams, greatly affects where the animal can thrive. Since 1970 the turtle’s population has been in decline due to habitat loss and egg poaching for the pet industry.

Without the eggs, new turtles cannot develop to sustain the population. Mary River turtles also take a long time to grow before they can reproduce. They only reach sexual maturity at age 25.

The Mary River turtle is one of several species that breathe through special glands in their reproductive organ. This allows the turtle to stay in the water for up to 72 hours or three days.

“Reptiles often receive the short end of the stick in conservation terms, compared with the likes of birds and mammals,” said Rikki Gumbs, coordinator of Edge reptiles, according to a report by The Guardian.

He added, “However, the Edge reptiles list highlights just how unique, vulnerable and amazing these creatures really are.”  /ra