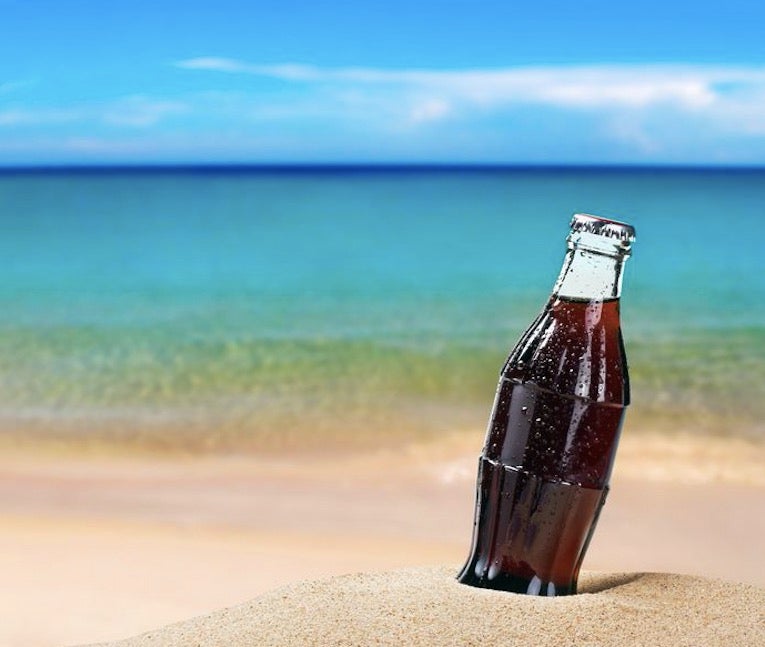 A Japanese netizen couldn’t believe his luck after winning a contest sponsored by Coca-Cola Japan. What he got as a prize surprised him even more.

Twitter user Masabi (@masa_b) joined the “Untested Transparent Coke Present Campaign” which launched in July 1, 2017. The campaign described a new kind of colorless cola under development. A sample would be sent to winners of a raffle, reports SoraNews24.

Sometime in April, Masabi received a direct message from Coca-Cola Japan’s official Twitter account congratulating him for winning the raffle. He later received blue package with the company logo printed on the cover.

He shared snapshots of the item and the company’s direct message on a tweet dated April 24. The tweet has since gotten over 20,000 retweets and over 40,000 likes. 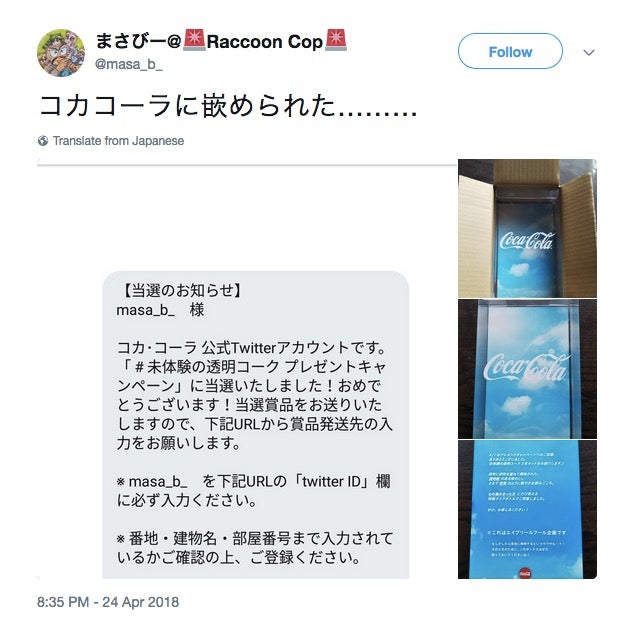 When he opened the package, all he found was an empty clear plastic container and a blue card with a description of the “product.”

It read: “Congratulations on winning the prize! We would like to sincerely thank you for taking part in the 1 July present campaign. We’ve enclosed a set of two bottles of Untested Transparent Coke in here. Through accumulated research, we’ve created this crystal clear taste with a light feel, almost as if it’s air. We’ve used specially designed clear bottles that can only be seen by those with pure hearts. Please enjoy!” 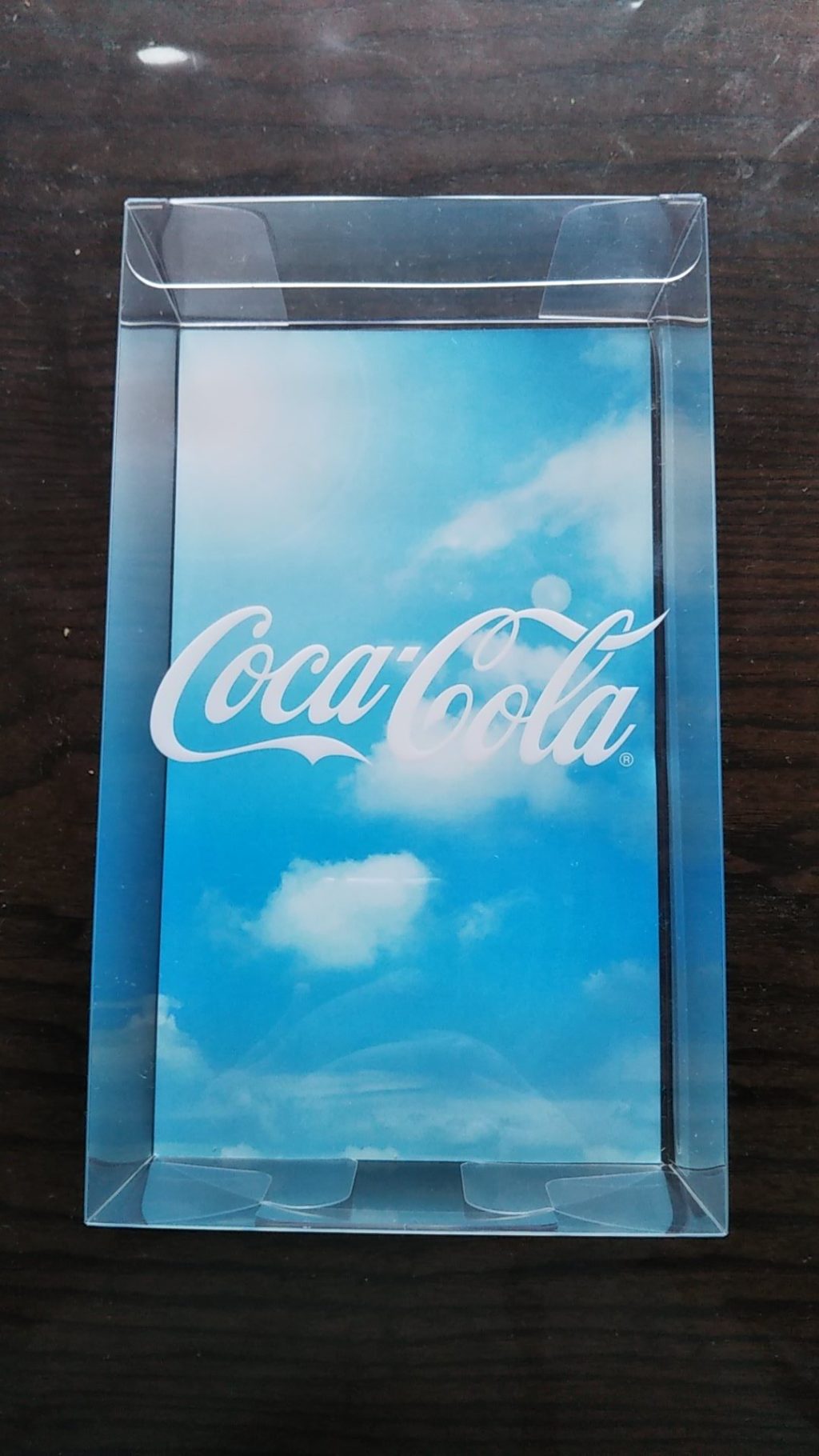 Before Masabi could question the lack of his heart’s purity for not seeing the two clear bottles of cola, he found additional text at the bottom of the card: “This is an April Fool’s joke. Could it be that plans for retailing this product is also (a joke)…?! When that time comes, please remember to bring this box with you!”

The whole present campaign turned out to be an elaborate April Fool’s joke several months in the making. Although it was late for the day itself, it appears Masabi was sport enough to get a good laugh out of the experience. He tweeted, “Coca Cola got me.” Alfred Bayle/JB