How bacteria feast on drugs designed to kill them 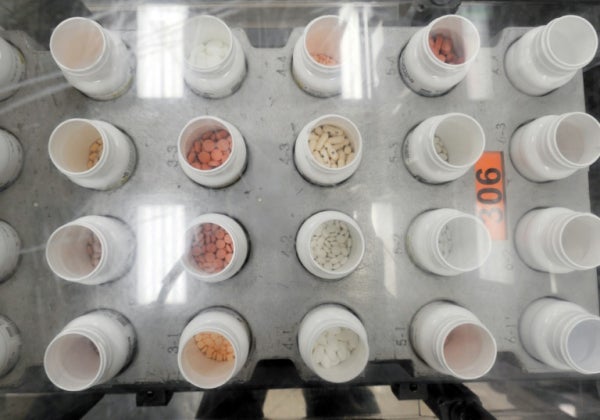 The World Health Organization has repeatedly warned the world is running out of effective antibiotics, and called last year on governments and big pharma to create a new generation of drugs to fight ultra-resistant super germs. © STAN HONDA – AFP/File

Scientists have figured out how some bacteria not only resist antibiotics but feast on the drugs designed to eradicate them, according to a study published Monday.

The findings, reported in Nature Chemical Biology, could help scientists genetically engineer bacteria to consume tonnes of antibiotics from industrial waste and livestock farming that leach into the soil and waterways every year, the researchers said.

“Ten years ago, we stumbled onto the fact that bacteria can eat antibiotics, and everyone was shocked,” said lead investigator Gautam Dantas, an associate professor of immunology at the Washington University School of Medicine in Missouri.

“Now that we understand how these bacteria do it, we can start thinking of ways to use this ability to get rid of antibiotics where they are causing harm.”

Discovered in the 1920s, antibiotics have saved tens of millions of lives by defeating bacterial diseases such as pneumonia, tuberculosis and meningitis.

But over the decades, bacteria have learned to fight back, building resistance to the same drugs that once reliably vanquished them.

Penicillin — the original antibiotic, and once the most commonly prescribed — has fallen out of favor for this reason.

The World Health Organization has repeatedly warned the world is running out of effective antibiotics, and called last year on governments and big pharma to create a new generation of drugs to fight ultra-resistant super germs.

Bacteria can become resistant when patients do not finish a course of treatment, giving the half-defeated bug a chance to recover and build immunity.

Modern industry and agriculture hasten the rise of antibiotic resistance by saturating the environment with active drugs. People release unmetabolized antibiotics into the water system through their urine or feces.

Bacteria easily share genetic material. When resistant bacteria infiltrate the water or soil, they spread resistance-conferring genes to the bacteria species that were already there.

To determine how some bugs not only withstand antibiotics but actually feed on them, Dantas and colleagues studied four species of soil bacteria known to flourish on a diet of penicillin.

The researchers found three sets of genes active in bacteria that consumed penicillin.

They also discovered the single-celled organisms had learned to neutralize and snip off toxic molecules, like a chef removing poison from a fugu fish.

After that, it’s ‘bon appetit’.

The new insights could lead to strategies for cleaning up antibiotic contamination in rivers, lakes and soil.

“With some smart engineering, we may be able to modify bacteria to break down antibiotics in the environment,” said study lead author Terence Crofts, a researcher at Washington University.

But any such a plan would require finding a way to speed up the action of the bacteria whose consumption of antibiotics — albeit effective — is very slow.

“But now we know how they do it — it is always much easier to improve on something than to try to design a system from scratch,” said Dantas. MKH

Once a beer brewery, now maker of Penicillin V