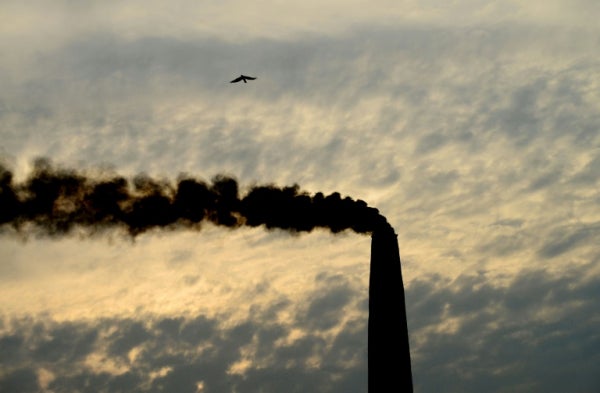 After remaining flat for three years, global CO2 emissions in 2017 rose by 1.4 percent, dashing hopes that they had peaked. © Shammi MEHRA – AFP

The world must redouble efforts to halt global warming before it is too late, the United Nation’s (UN) climate chief said Monday as nearly 200 nations kicked off talks in Bonn.

“Our window of time for addressing climate change is closing very quickly,” Patricia Espinosa told journalists. “We need to dramatically increase our ambition.”

The 12-day technical talks are focused on hammering out an “operating manual” for the landmark 2015 Paris climate pact, which calls for capping global warming at “well below” two degrees Celsius (3.6 degrees Fahrenheit), and 1.5C if possible.

Earth’s average surface temperature has already risen by 1.0C since the mid-19th century, enough to push up sea levels and boost the severity of cyclones, drought, and deadly heat waves.

Voluntary national pledges to reduce greenhouse gas emissions, annexed to the Paris agreement, fall well short of the target and would yield a 3C world that scientists say would strain the fabric of human civilization.

“A rise of this magnitude would be extremely destabilizing,” Espinosa said at a press conference, webcast live. “We cannot allow this to happen.”

The Paris Agreement calls for revisiting nations’ carbon-cutting pledges in 2023, but on current trends, experts warn, that may be too late.

After remaining flat for three years, global CO2 emissions in 2017 went up by 1.4 percent, dashing hopes that they had peaked.

The 197-nation treaty also promises $100 billion (82 billion euros) a year from 2020 to help developing nations green their economies and prepare for climate change impacts already in the pipeline.

“The international community must act now to ensure our Paris goals do not slip out of reach,” said Gebru Jember Endalew, a diplomat from Ethiopia who heads the Least Developed Countries (LDC) negotiating bloc of nearly 50 nations.

“There remains a vast gap between the support needed and support received,” he said in a statement.

Diplomats in Bonn are mindful of the need to build bridges between the political process and the global economy, which has started to needed shift away from fossil fuels towards renewables and low-carbon energy.

“The Paris Agreement is important because it has a huge impact on what the market does,” Canadian Environment Minister Catherine McKenna told AFP ahead of the meeting.

“We need the money to flow, we need to go from billions to trillions in order to move to a low-carbon future.”

The Bonn meeting is one of a dozen climate-related gatherings this year that will culminate in a UN climate summit in Katowice, Poland, in December — the cutoff for adopting a nuts-and-bolts “rule book” for implementing the Paris Agreement.

The issue is also on the agenda at the Quebec G7 summit in June, and the Buenos Aires G20 in November, as well as half-a-dozen ministerial meetings.

The treaty goes into effect in 2020. MKH