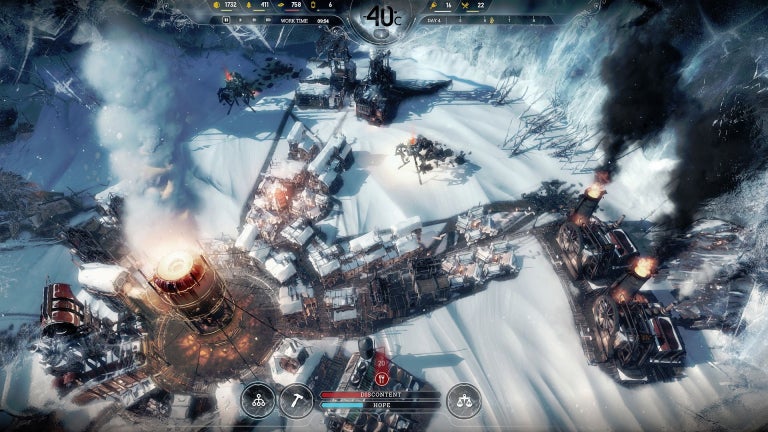 With over 250,000 copies of post-apocalyptic city-building leadership challenge “Frostpunk” sold over the April 24 game’s first 66 hours, developer 11 Bit Studios responded with plans for expansions and updates.

The game has players assume responsibility for building a city for the remnant of humanity surviving a new ice age. Adding to that is the relatively novel challenge of dealing with community morale and making tough moral choices.

“Yes, we had plans for the expansions and now we’re 100% sure we are doing that,” CEO Grzegorz Miechowski said on Twitter, with “many free updates” part of those post-release aspirations.

“It is our biggest and most complex game to date [and] it may be our biggest success as well.”

“We have a lot of ideas ourselves and we also listen to our community.”

“We plan to polish some rough edges of the original game,” he wrote. “We also plan to add more modes and scenarios to the game. What are they going to be exactly? It’s too early to announce — but you should be excited.”

Like “Frostpunk”, “BattleTech” was another exciting new release from a well respected independent developer.

Having committed $1 million of its own funding towards the game, studio Harebrained Schemes benefited from a subsequent $2.7 million crowdfunding campaign in late 2015.

Following its own April 24 release, “BattleTech” can be found alongside “Frostpunk” in the top five charts for Steam, Humble, and GOG.

TOPICS: Battletech, Frostpunk, PC downloads, Steam, Thrones of Britannia
Read Next
Dramatic action needed on climate change — UN
EDITORS' PICK
BFP raises general alarm over Mandaluyong fire
Someone from the Philippines can become $356 Million richer this Tuesday
Cherry Mobile teams up with Cloud Panda PH, launches online store
Leveling up your ‘lutong bahay’ with the kitchen companion you never knew you needed
Bato de la Rosa, Risa Hontiveros back bill increasing female recruitment quota in PNP
Quarantine violations still punishable despite deleted provisions in ‘Bayanihan 2’ – Bato dela Rosa
MOST READ
‘If I had not been SolGen, I will make you eat your words,’ Calida tells Coco Martin
51 percent of German firms holding back investments in PH, but not because of COVID-19
Quarantine passes no longer required under GCQ, but curfew remains
5 car dealership outlets shutting down
Don't miss out on the latest news and information.