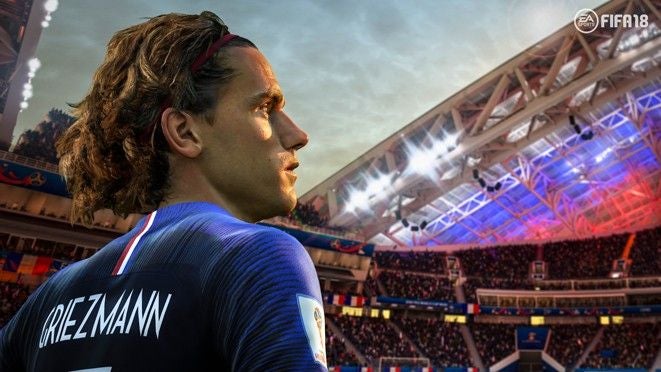 Mobile, console and computer soccer simulation “FIFA 18” will roll out World Cup content starting on May 29.

A free update to paid game “FIFA 18” is to add the FIFA World Cup’s 12 Russian stadiums and 32 participating teams.

Three planned game modes allow players to participate in simulated 2018 FIFA World Cup tournaments, draw up their own customized tournament using any of the game’s licensed national teams — including some of those not qualified for the actual event, with EA name-checking Chile, Italy, United States and the Netherlands — or play single matches using official teams, players, kits and stadiums.

EA is encouraging players to increase their spending on “FIFA World Cup Ultimate Team” by promising an equivalent card pack for “FUT 18” with every standard or premium pack purchase.

The update arrives via online download for PlayStation 4, Windows PC, Nintendo Switch and Xbox One on May 29, with a mobile equivalent set for June 6.

The German men’s team, winner of the 2014 FIFA World Cup in Brazil, is the tournament’s top seed. Panama and Iceland take part for the first time, Egypt and Morocco return after two decades away. U.S., Italy, 2014’s third-placed Netherlands, Chile and New Zealand are among notable absentees. JB