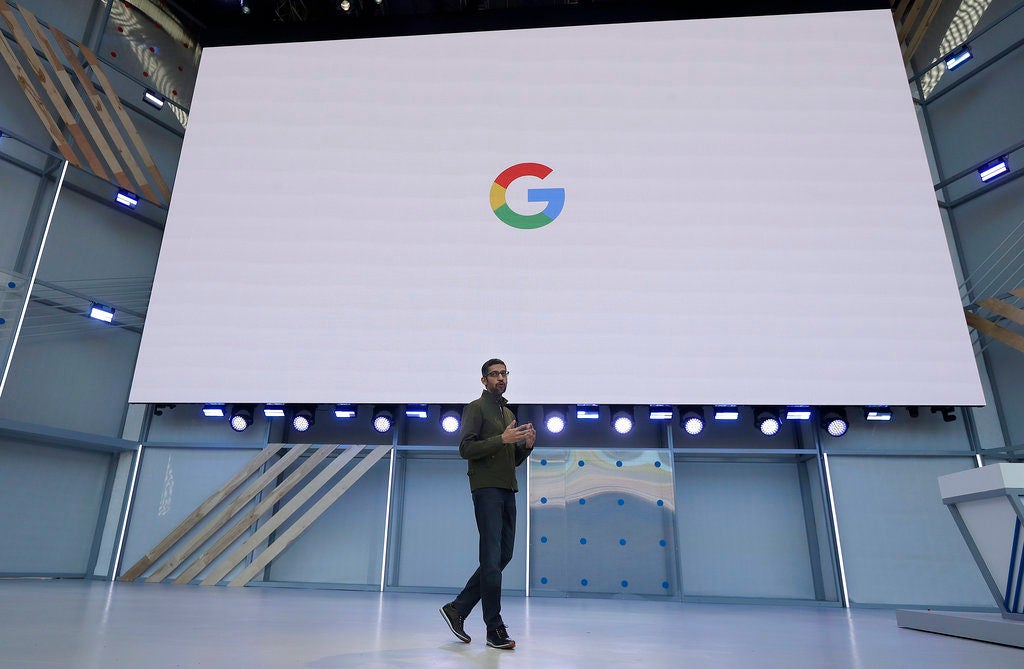 MOUNTAIN VIEW, California — Google showcased its plans for the next several months as it kicked off its annual developers’ conference Tuesday. Many of the new features center on the use of artificial intelligence to help save time.

Here are the highlights:

Maps: Google will use augmented reality to help guide you to your destination. When you pull up direction on Google Maps, you can look through the camera and get turn-by-turn directions while viewing the actual street. The app will also orient you and verify your position using local landmarks such as buildings and shops viewed through the camera. Google calls the technology VPS, or visual positioning system. The feature is expected this summer.

Google duplex: Google’s digital assistant will call actual people at businesses to make restaurant reservations and hair appointments and check holiday hours. In two demonstrations, a realistic-sounding automated voice used pauses and “ums” and “mmm-hmms” to sound more human during interactions with people. Google says the technology is rolling out as “an experiment” in coming weeks. Google says it’s still figuring out how to be upfront and let businesses know that they are talking to a computer.

Photos: When Google recognizes a photo of someone who is one of your contacts, it can suggest sending the photo to that person. It can also convert photos to PDFs and automatically add color to black-and-white photos or make part of a color photo black and white. The changes are coming in the next few months.

Google assistant: Google’s digital assistant will get six new voices, including one based on that of singer John Legend, later this year. The voices aim to sound more natural and will include pauses that convey meaning. Google is also unveiling ways to let you issue multiple commands without having to say “Hey Google” each time. And it will reward kids who say “please,” similar to a feature Amazon is bringing to its Alexa voice assistant.

Lens: Google’s visual assistant will be built into the camera. Just point the camera at a building or sign to get more information. Or copy text from images of menus, documents and other sources into another app on your phone. Samsung phones aren’t on the list of phones getting the feature starting next week. Samsung has its own version, Bixby Vision.

News: Google is redesigning the News feature to present five stories you need to know, plus others that it thinks will be most relevant to you. For outlets with subscriptions, Google will allow you to subscribe directly through your Google account, without needing new passwords or credit card information. The feature should be available to everyone by next week.

Android P: The version of Google’s Android phone software will infuse basic functions with AI smarts. The battery will adapt to how you use apps in order to conserve energy. “Adaptive brightness” will learn how bright you like your screen based on manual adjustments, instead of automatically adjusting based on the how bright it is. Apple’s latest system, iOS 11, has a similar feature. Owners of some Android phones — none from Samsung — can get an early test version now.

Well-being: Android P also includes features to combat overuse. A “shush” mode automatically turns on the “Do Not Disturb” mode when you turn your phone face down on a table. And “Wind Down Mode” will fade the screen to greyscale at a designated bed time to help you disconnect before bed.