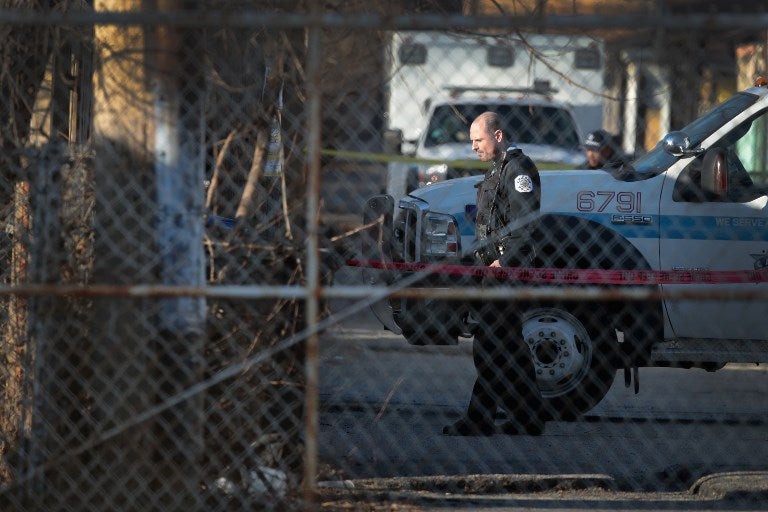 Police investigate the scene of a shooting where a two-year-old child and a man in his twenties were killed and a pregnant woman was wounded in the Lawndale neighborhood on February 14, 2017, in Chicago, Illinois.  AFP

The Chicago Crime Commission found that many of the more than 100,000 gang members in the Midwestern city are engaged in regular taunts and boasts online, which often spiral quickly into street violence.

“Our data is saying that a significant amount of the violence instigated is coming from social media,” the watchdog group’s Andrew Henning told AFP.

He compared the online media phenomenon to graffiti. What once may have been a slow process of disseminating information between gangs has been sped up by social media’s immediacy.

The report, compiled into a thick tome entitled “The Gang Book,” is due to be disseminated to schools and residents throughout the city, and offers an unusually detailed glimpse into Chicago’s gang culture.

Members of the more than 50 active Chicago gangs are employing various social media accounts — Facebook, Instagram, Twitter, messaging apps and others — for the daily tasks of protecting gang territories and selling drugs, the report found.

The report’s findings confirm what city police have been saying for years, as the number of murders and shootings spiked in Chicago to a high of more than 750 killings in 2016, the most of any American city.

Chicago police have reduced the bloodshed over the last two years, with an increased police force and expanded use of technology, including analyzing the social media activities of known gang members.

But the commission said police and the courts are struggling to keep up with the speed and nuance of online interactions.

“Social media is all about free speech,” she said. “It can be hard to crack down on free speech and you have to be very careful with that, you don’t want to go too far.” /cbb