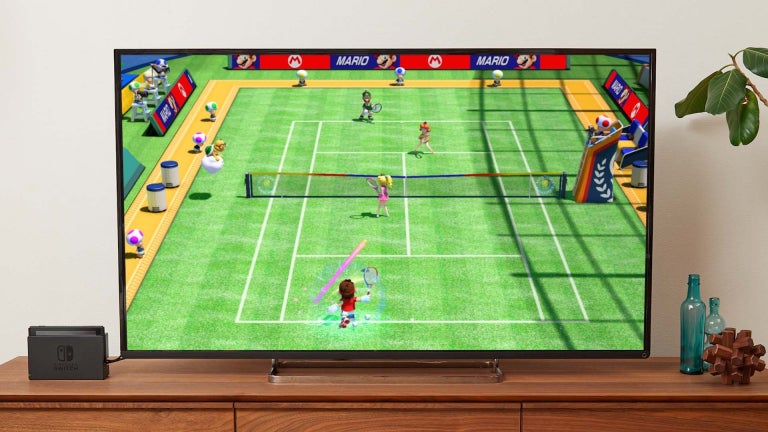 “Mario Tennis Aces” arrives in the gap between the French Open and the Wimbledon Championships. Image: Nintendo via AFP Relaxnews

A likely release for sci-fi Battle Royale game “Islands of Nyne” joins confirmed release dates for “Mario Tennis Aces” on the Switch, “Evoland 2” on Android, “Suzy Cube” across mobile, Mac and PC, and a free five-day pre-launch beta for car, bike, plane and boat racer “The Crew 2” on console and computer.

Suzy Cube
For iOS, Android, Mac and PC from June 19

Wearing its “Super Mario Land” influences on its sleeve, and benefiting from a dose of pre-release buzz, with a brightly-colored jump’n’run action, plenty of platforms to negotiate, and Castle Cubetron’s missing gold to collect.

Finally arriving on Android after well-received jaunts across PC and Mac before a February 2018 iOS debut, the French-made action adventure returns to a theme of video game history, its graphics improving with each realm the player passes through.

A free taste-test for upcoming multivehicular playground in which all kinds of cars, bikes, planes and boats race, roar and roll across a compressed USA. Full game set for June 29.

Mario and pals turn out for tennis matches on grass, indoor and elsewhere, with character-specific tricks and special moves, slo-mo, powerful zone shots, blocks and breakable rackets, plus an adventure mode, multiplayer for up to four participants, and online tournaments.

Sci-fi spin on the battle royale format, with slick presentation reminiscent of a “Far Cry” or “Crysis” game and a first-person perspective from the off. Seen during Xbox’s E3 showcase and therefore expected on Xbox One in due course. JB