No Wikipedia? What if the Internet went down? 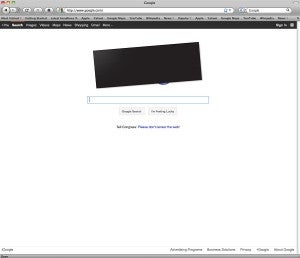 WASHINGTON — If a day without Wikipedia was a bother, think bigger. In this plugged-in world, we would barely be able to cope if the entire Internet went down in a city, state or country for a day or a week.

Sure, we’d survive. People have done it. Countries have, as Egypt did last year during the anti-government protests. And most of civilization went along until the 1990s without the Internet. But now we’re so intertwined socially, financially and industrially that suddenly going back to the 1980s would hit the world as hard as a natural disaster, experts say.

No email, Twitter or Facebook. No buying online. No stock trades. No just-in-time industrial shipping. No real-time tracking of diseases. It’s gotten so that not just the entire Internet but individual websites such as Google are considered critical infrastructure, experts said.

“Nobody would die, but there would be a major hassle,” said computer security expert Mikko Hypponen, chief research officer at F-Secure in Helsinki, Finland.

If an Internet outage lasted more than a day or two, the financial hit would be huge, with mass unemployment, said Ken Mayland, a former chief bank economist and president of ClearView Economics. Eugene Spafford, director of Purdue University’s Center for Education and Research in Information Assurance and Security, worries about bank runs and general panic.

Psychologically, too, it could be wrenching.

“I think it’s easier to get off heroin,” said Lisa Welter of New York City, who weaned herself for a month last year from just the social aspects of the Internet — she still paid bills online — and felt as if she was “living in a cave.”

“There would be a sense of loss: What would I do with my time?” said Kimberly Young, a psychologist who directs the Center for Internet Addiction and Recovery.

On Wednesday, certain websites, most prominently Wikipedia, went dark to protest legislation in Congress that would crack down on pirated movies and TV shows. It was a one-day stunt. But it raises questions about our connectedness.

It is possible that hackers, terrorists, accidents or even sunspots could take down the Internet and cause areas to become cut off and unreachable, said Spafford, one of the foremost experts on computer security. The U.S. and other developed nations have multiple and robust routing systems that make it unlikely large areas would be affected, but smaller countries could be vulnerable to nationwide outages, Hypponen said.

The world only has to look back one year to Egypt to see what a sudden unplugging could spawn.

The government of Hosni Mubarak tried to stop protests in January 2011 by switching off the Internet. The shutdown halted businesses, banking operations and — at the height of the demonstrations — the ability of the protest leaders to organize and communicate with one another.

During the five days that the Internet was out, anti-Mubarak activists had to rely on help from abroad to spread their news and update Web pages. The outage harmed protesters’ ability to organize or to counter government propaganda that portrayed them as agents of foreign powers, said Ahmed Saleh, who was in charge of managing the Facebook page that was credited with mobilizing thousands of Egyptians to take to the streets.

With the shutdown, the protests swelled as people unable to follow minute-by-minute what was going on took to the streets.

“No Internet meant that more people went down and realized that this was for real. The protests grew, and so did the anger against the government domestically and internationally,” Saleh said.

He said the lack of Internet also allowed him to “live the moment” because he was not distracted with tweeting and posting on Facebook or analyzing the situation. This, he said, strengthened real face-to-face connections between people.

Nicholas Christin, associate director of the Information Networking Institute at Carnegie Mellon University, said that while a prolonged Internet outage would be uncomfortable, it might also bring out the best in people.

“I think you would find that people are very resilient,” he said. “We would go back to the libraries.”

Christin said he has gone a week without the Internet as part of a vacation. The first few days were rough, he said, but then “it was fantastic.”

Christin did it by choice. Others had it imposed on them because of weather disasters or financial problems. They weren’t nostalgic about it.

For three days, Jill Williams lost the Internet and power because of a California windstorm last month. Her small business requires her to use email to plan events.

“Those three days I felt deprived,” she recalled in an email, responding to a Twitter request for anecdotes about going Internet-less. “The Internet has totally consumed my life, both business as well as pleasure.”

Wyatt McMahon of the Virginia Bioinformatics Institute at Virginia Tech University was having a hard time Wednesday just dealing with the shutdown at Wikipedia, which he leans on as a first step in his searches in his field, which combines statistics and biology.

If the entire Internet were lost, “that would be beyond catastrophic. Every single day, every single hour, if not every 30 minutes, I am using the Internet for work,” McMahon said. “So if anything like that were to happen, it would bring everything to a screeching halt.”

Sarah El Deeb in Cairo and Jocelyn Noveck in New York contributed to this report.