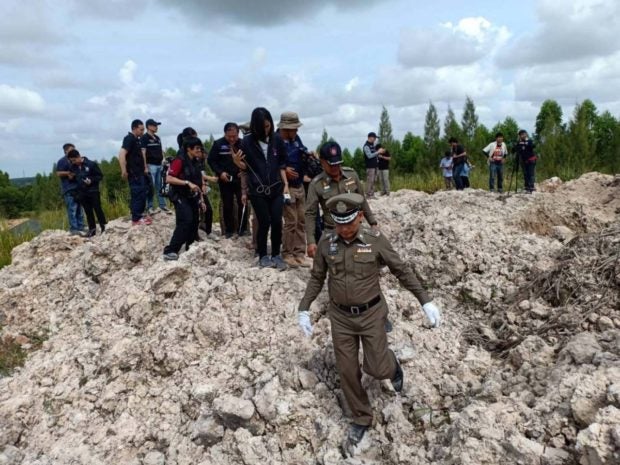 PHOTO from The Nation/Asia News Network

BANGKOK — About 400 cargo containers full of electronic waste, plastic scrap and discarded metal have been left unclaimed at Thailand’s two major ports as authorities crack down on illegal e-waste handling.

If they are not claimed within the next 15 days, the Customs Department will either dispose of them or send them back to their point of departure. Most of them come from the United States, Japan, Singapore, Hong Kong and China.

“Importers have already failed to claim these containers within the 30-day timeframe but we will give them 15 more days,” Customs Department spokesman Chaiyut Kumkun said yesterday.

He said the next normal step would be to inform the export transportation firms involved that no one had claimed the containers they had sent to the Thai ports. “It’s the duty of these firms to contact importers and tell them to claim the containers within 15 days,” Chaiyut said.

He added that beyond that deadline, items inside containers could be seized, disposed of or sent back.

Chaiyut suspected that importers had not come forward because they were afraid of recent intense scrutiny and strict law enforcement against firms engaged in unlawful e-waste disposal.

Imports suspendedE-waste has caught the spotlight after police found many plants had disposed of such waste using substandard methods, polluting the environment and causing health risks. Industrial Works Department’s deputy director general Banjong Sukreeta said his department had suspended the import of e-waste since June 22.

National police deputy chief Pol General Wirachai Songmetta led the group as a backhoe dug a five-meter-deep hole, releasing a stench that prompted them to quickly don their face masks.

The excavation uncovered a 100m x 400m wide landfill that was about 15 meters deep, with black wastewater oozing out, sending a foul smell from some 60,000 tonnes of garbage.

Wirachai said an aerial inspection around this illegal dump site also found that wastewater had leaked into the Dok Krai Reservoir which was the source of tap water supply for Rayong and Chon Buri residents.

He said police would summon the landlord for questioning and request Rayong Industrial Office to co-ordinate with related agencies to test garbage samples to determine the types of hazardous materials that may be at the site.