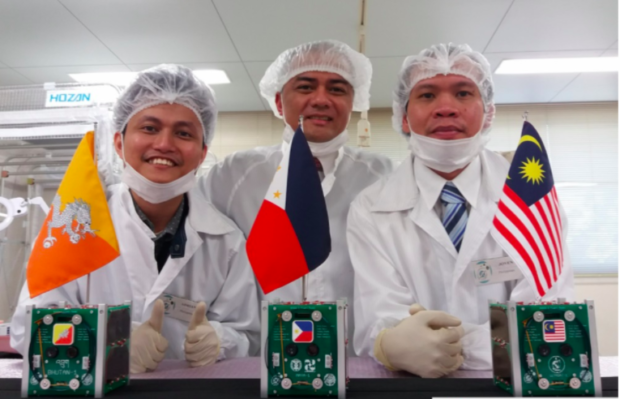 The DOST-ASTI Facebook page shared yesterday that the Maya-1 cube satellite will be rocket-launched to the International Space Station (ISS) at exactly 5:41 p.m. this Friday, from Cape Canaveral, Florida, United States.

As per the DOST-ASTI’s website, the MAYA-1 will be transported to the ISS through the SpaceX CRS 15 mission aboard a Falcon 9 rocket.

“One of the missions of the 1-unite (1U) CubeSat is the Store-and-Forward (S&F) System. It will collect data from ground sensor terminals within its footprint, save it, and forward the data to any member,” read DOST-ASTI’s statement. 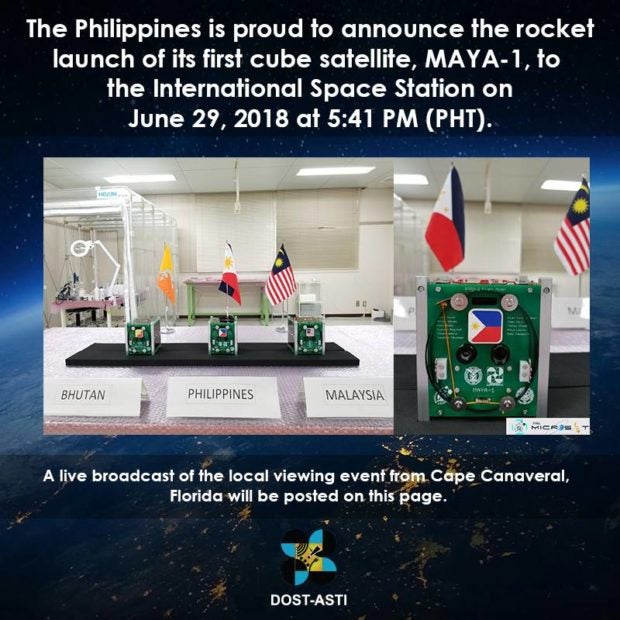 The statement also revealed the features of Maya-1, which include “an Automatic Packet Radio Service Digipeater, which can communicate with ham radios. Maya-1 will also carry two cameras —a wide-angle and a narrow-angle lens — to capture images and minimum resolution videos for research purposes.”

It is known that Maya-1 is one out of the three cube satellites that will be launched this Friday. The other two are from Bhutan and Malaysia, called BHUTAN-1 and UiTMSAT-1 respectively.

“The development of the CubeSat is under the Development of the Philippines’ Scientific Earth Observation Microsatellite (PHL-Microsat, a research program jointly implemented by the University of the Philippines-Diliman (UPD) and the Advanced Science and Technology Institute of the Department of Science and Technology (DOST-ASTI) in partnership with the Kyushu Institute of Technology (Kyutech) in Japan,” the DOST-ASTI page stated.

PHL-Microsat is also behind the development of Diwata-1, the Philippines’ first ever microsatellite which was launched into space back in 2016. JB

DOST pushes for a creation of a Philippine Space Agency