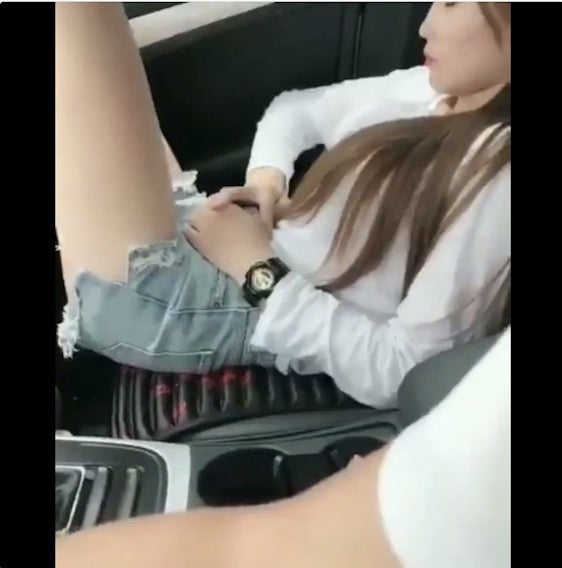 A Taiwanese girl sitting in the passenger seat of a car gets a funny wake-up call and a hard lesson on how to sit properly while strapped with the seatbelt.

The clip of the sleeping girl has been going around Twitter since June 14 through a tweet by Japanese user Ton-chan (@10ntyan). Ton claimed he got the video from a Taiwanese Line group. The video has been viewed almost nine million times as of this writing.

The video started innocently enough with a girl peacefully sleeping in the passenger seat of a car. She had both legs propped up the dashboard while she slouched down without the seatbelt. The car suddenly stops, causing her to slide down into the leg space under the dash.

The next few moments showed the girl stuck in the leg space with both feet up and arms flailing. She started shouting at the driver and tried to pull herself up from her unfortunate predicament. Fortunately for the girl, she appeared to be relatively unharmed apart from her pride.

Meanwhile, a “Mythbusters” episode demonstrated how someone with legs propped up the dashboard could seriously get injured be it through sudden impact or with the safety airbag getting deployed.  /ra