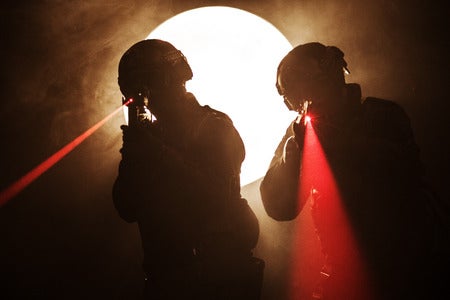 A Chinese technology company, ZKZM Laser, has developed a laser assault rifle with an invisible energy beam that can burn through things, as well as human skin and tissues instantly.

Called ZKZM-500, the laser assault rifle is said to cause “instant carbonization” of human flesh, something that realizes what has only been seen previously in sci-fi films, as reported by The South China Morning Post last Sunday, July 1. ZKZM-500’s burning power can even set a whole person on fire, if one is wearing flammable fabric. While it cannot cause instant death via a single shot, a prolonged shot burns a hole to a person’s body.

One unnamed researcher who had been part of the development and testing for the laser assault rifle’s prototype at the Chinese Academy of Sciences in Shaanxi province, noted the pain which the gun’s prowess can cause to unsuspecting victims. “The pain will be beyond endurance,” he said in the report.

Moreover, because ZKZM-500’s energy beam has an invisible frequency, the laser assault rifle also produces no sound. “Nobody will know where the attack came from,” said another unnamed researcher. “It will look like an accident.”

Despite the fact that the laser assault rifle can fatally harm a person, ZKZM-500 is supposedly classified as a “non-lethal weapon” in China, said the report.

The 15-millimeter calibre rifle has a weight of 3 kilograms and a range of 800 meters. The ZKZM-500 has the ability to fire more than 1,000 “shots” and will be powered using rechargeable lithium battery packs.

The laser assault rifles are now ready for large-scale production. The report stated that one unit of the rifle is estimated to cost around $15,000 (approximately P801,000). Kate Matriano/JB